The BX Thinks That Pibb Xtra is Dr. Pepper. And Some Slightly Depressing Commentary.

I was certain that watching the hapless Kansas City Royals beat up on Felix Hernandez last night would be the most distressing that would happen to me this week, but that’s until I drank Pibb out of the Dr. Pepper dispenser in the Base Exchange today…AGAIN. Two months ago I did this and lamented that they probably had some extra Pibb sitting around. Now I’m just certain that some old lady thinks they are the same thing. Not true. The math is quite simple:

I really don’t have a whole lot to say today. I’m a little restless and miss home and friends—friends that are becoming increasingly scattered all over the country and the world. I’ve been blessed to have such wonderful friends and family back in Silverdale, have made some amazing friends at college, and met some great people in Mountain Home. I wouldn’t change anything, but it gets hard  meeting such awesome folks and then knowing that you won’t see them for very long periods of time. I joke around a lot and I love to have fun, but I’m pretty sentimental and I’m certain that I miss people who might not even miss me. And trees. I miss trees.

Even a bit of a downer paragraph won’t keep me from a song recommendation. This is a wistful tune by Iron & Wine called “Carousel” off of the outstanding Shepherd’s Dog album. It took me a few listens to adjust to the underwater-ish vocal style, but after a while it grew into one of my favorite tunes. Hope you like it. 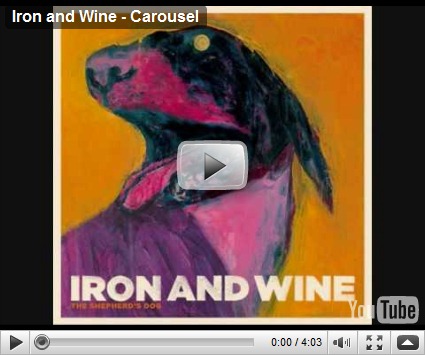