Five Awesome Instruments. Also Minus the Bear, UZR, the Limits of Power, and How to Use the Internet.

I wish that I could play a musical instrument. I wonder if I could if I tried. Little know fact about me: I played the oboe for a good month a decade ago. “Good month” is probably the wrong way to say it…I’m sure it was quite awful for those around me. The oboe is a lovely instrument, but a poorly played oboe is one of the worst sounding things in the world. It sounds like a dying duck begging to be put out of its misery. However, if I were to play an instrument, these would be my top five picks. Then I could finally start that band.

Why a mandolin? Because it makes me feel happy, dangit. It fills me with pleasant bluegrassy, americana-ish feelings. I hear it and I see the front/back porch and feel happy feelings on my insides. If I could play the mandolin I could feel these happy feelings any time I want!

A lovely melodies I could concoct on this thing if I only knew what to do with it! Think “Clocks” by Coldplay, or the good parts of Something Corporate and Ben Folds. I. Would. Move. You. You wouldn’t know what hit you if I could only play this thing. I can hammer out Mary Had a Little Lamb, Twinkle Twinkle Little Star/The Alphabet Song (same song! anyone here never realize that?), and Michael W. Smith’s classic “Do You Dream of Me” (chorus only). But I have not the patience, dexterity, or talent to be a piano player. Which is sad.

Not only would I play electric guitar, but I’d have one of those pads that gave me like 943 difference sounds I could make with the guitar. I would mostly use it to sound like the background guitar in Kings of Leon’s “Knocked Up”, but it would have many other uses as well. Primarily, I would look cool, which is something I’ve generally failed at for the last 24 years. (Don’t shed any tears…I gave up a while ago…although I just figured out how to match shoes with the rest of my “outfit”!). Electric guitar bonus: by playing it I will immediately find it easy to figure out the acoustic guitar!

By now, having mastered the mandolin, piano, and electric guitar, I have a rockin’ band. But I need strings. And while violins get all the love, the most moving strings come when the cello is brought into the fold. I mean, Cursive makes great music essentially by talking an experimental alt-punk sound and introducing, yes, The Cello. It’s mournful, it’s moving, it will knock your socks off. 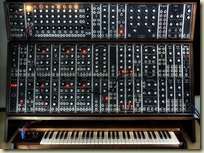 Oh the crazy things I could with this puppy! I can just picture myself hiding in the back room growing out my “beard” (thin mustache with occasional cheek hair, actually) and layering all my instruments together now. The synth would be the key to it all.

Two things are, of course, primarily missing from my band now: vocals and drums. I’ll handle the vocals. I won a music award for singing when I was 14 and I’ll just pretend that that qualifies me. Plus have you heard what studio production has done for the likes of Heidi Montag/Ashlee Simpson/Lindsay Lohan/The Jonas Brothers/Black Eyed Peas, etc? Apparently anyone can be a singer!

I have no rhythm (longest world without a vowel? okay way off topic…). Once I learn all five of these instruments I will be hiring a percussionist. We will both get paid in the love and respect we get from our adoring indie fans. We will never get rich because our music will be too good to be “categorized”. We’ll be open to selling out, but no one will find us qualified for mass consumption. Our big break will come when the 2013 Audi uses our song in the background of their commercial. Especially the cello part in that one song. Rolling Stone will give us 3.5 stars, Pitchfork will give us a 6.2 and say we sound too much like The Antlers, who we will be copying so we won’t be mad about the reference. So, in sum, be my percussionist if this doesn’t sound like a miserable existence to you.

In the meantime I will just play the role of amateur critic. Here’s the new song by Minus the Bear of off their forthcoming release. The song is called “My Time” and I find it to be four-star quality. 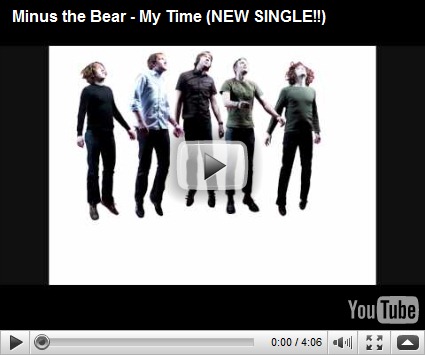 In the linkage department:

--Alex Remington describes my favorite baseball statistic, Ultimate Zone Rating. Why is it important? Because the eyes can be deceiving. You made a diving catch? Congrats. A truly good fielder wouldn’t have had to dive. You catch everything hit right at you? Great, but you can’t move. Best defensive outfielder last year? Franklin Gutierrez. And he didn’t win a Gold Glove.

--Thomas Sowell discusses the limits of power. Amazing how wishful thinking and catchphrases like “affordable housing” are thrown out there without reality ever having to sink in.

--What’s a web page? Something ducks walk on?