I believe that I am officially now a veteran of the city of Mountain Home, Idaho. Surely I don’t compare the to the folks who’ve lived here their entire lives, but as far as military goes I’ve put some time in. Heck, I’ve got order to move, so I must’ve been here long enough, right? With that said I submit a list of 10 things that can serve as a guide to living in the soon-to-be metropolis of Mountain Home, Idaho. 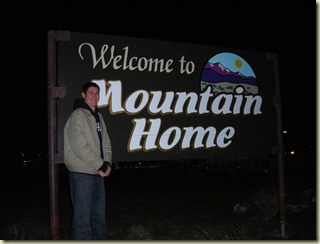 10) There is no shortage of Mexican joints in this town. So let me help you. The best salsa is at El Herradero. Martin’s has the largest portions. Los Pinos will give you a good lunch burrito, but it can be dry. The best taco truck is located by the car demolition place on Airbase Rd. Our neighbors owned the one by the dollar store, but that wasn’t enough to make it better. I suggest the carnitas here, but it is only served on weekends. Really want carnitas tacos on a weekday? Hit up the El Herradero Taco Express in the Chevron.

9) Think you’re stranded in the middle of the desert? (You are) You really aren’t that far away from trees. Stay north past WalMart and bend off to the city of Pine. Right as you get to the city you hit legitimate forest and mountain streams. Very pretty!

8) Go to Air Force Appreciation Day! You think there’s no one in this town? Think again! You’ll be shocked by how many people are there. (Side note…I hope would-be thieves don’t realize this). Not only that, but you may find proof that no community loves their Air Force quite like Mountain Home does. 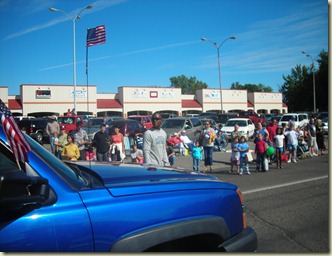 7) We have the tallest single structure sand dune in the United States! Isn’t that crazy/hard to believe? Well it’s true. And it’s 15 minutes away. 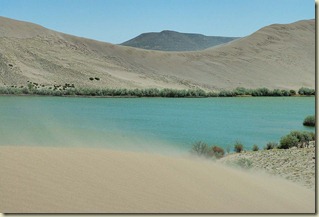 6) Never. Never EVER eat at Golden Crown Chinese Restaurant. (Sorry owners…I’m sure you’re nice.) Here’s why. It’s very simple. Their chow mein has no noodles in it. Their egg rolls contain ground beef. Many of their dishes come with “gravy”. The dishes with familiar names taste okay, but bear no comparability to the actual dish that they are supposed to be. The other Chinese joint, Jade Palace? Serviceable at best. Save up your Chinese cravings and hit up the China Grand Buffet on Fairview in Boise. I will forever owe SrA Hernandez for this recommendation.

5) There are some great places to camp and fish around here. There are random reservoirs tucked all around that are stocked with fish. The best thing about this area though? You can camp practically anywhere. Just pull over on the side of the road and camp. Go for it. It’s awesome like that. I suggest going north up towards Anderson Reservoir for camping rather than south towards Strike Dam. Too windy down there.

4) Don’t go to Walmart for “fun”. It will only depress you. Yes, some people really do go on dates there. Don’t do it. That is, unless you are going to do this in Walmart: 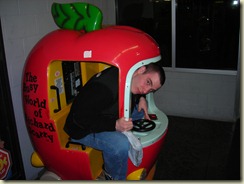 3) They do a decent job with parks in this town. Not all parks are created equal, though. Carl Miller park isn’t half bad, as it provides the most shade. The Basque Park is a poor excuse for a park. It’s just a lawn with an old wall. Richard Aguirre Park doesn’t bring much to the table, but at least it’s close to the swimming pool. The best park of the bunch is Legacy Park, which features a nice man-made creek and a little gazebo. Very pleasant!

2) Entertainment is not at a premium here in Mountain Home. So what ends up happening? Food. Lots of food. I’ve already touched on the Mexican joints and why you should avoid the Chinese, but you should also know that Smoky Mountain Pizza makes a mean Cajun pasta and Wingers serves delicious boneless wings if you get the “Amazing Sauce”. It also makes a nice guacamole burger. Elsewhere, Grinde’s has great desserts, and it also has so many signs throughout the place asking you to not do things that there is a comedic value (do not talk on cell phone, labels on really obvious things, etc.). I would avoid A.J.’s diner if I were you, and same goes for the sketch drive-in, although the guy who owns it seems really nice. Pizza Hut takes foreeeeever to serve things, but I think that’s all Pizza Huts. There’s also a Thai truck that people seem to like, though I didn’t. Most meal decisions center around Smoky Mountain/El Herradero/Wingers/taco truck in this household.

1) Holly says number one should “run away”, but I like to think more positively than that. The fact is that most places are what you make of them. If you’re lucky enough, like me, to work at a place where we do this 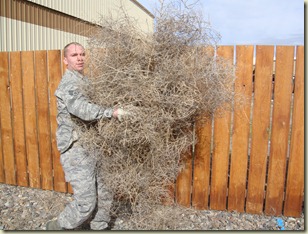 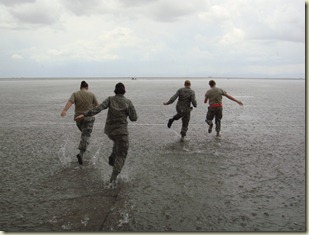 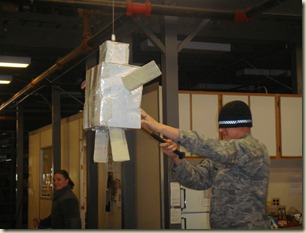 then that’s awesome for you. But if you don’t, then there’s plenty more to see. That’s if you know where to look.