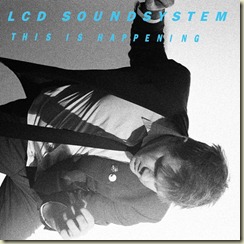 “Yeah, you wanted it smart
But honestly I'm not smart
No, honestly we're never smart
We fake it, fake it all the time”

-LCD Soundsystem “You Wanted a Hit”

James Murphy is one of the more interesting figures in music right now. Mostly this is because he is 40 years old, looks completely normal, and somehow ends up as a critical darling labeled as super-cool all while never seeming to know what exactly super-cool is. Back in 2002 he released the most lyrically amusing song on Earth, a romp through all things indie, pretentious, self-deprecating, and one-upping called “Losing My Edge”. The nearly 8 minute masterpiece sums up everything you need to know about LCD Soundsystem. First, that they are primarily a “dance punk” outfit. Second, that lyrically it doesn’t get much better. And third, that Murphy delivers his verbal masterpieces in such a way that can do nothing but bring a smile to your face. Ever met someone so musically pretentious (hopefully not me…) that they automatically hate anything you like and like anything you hate? “I heard you have a compilation of every good song ever done by anybody” he yelps, and “I hear everybody that you know is more relevant than everybody that I know” he announces. The beauty is that he is, in a way, criticizing a lot of the same group of people that would come to admire him.

Alright. Now let’s get real about how I really feel about LCD Soundsystem, because the honest truth is that there’s not a bigger hit-or-miss band out there for me. Across three albums I have “one-starred” ten tracks, which is nearly a third of the songs. This whole “dance punk” thing doesn’t really speak to me. The songs are long and are probably more fit to be played loudly at a party. There’s a flipside, though, and that’s the fact that when LCD Soundsystem is on, they are on. On second album, Sound of Silver, LCD Soundsystem wrote my favorite song of all time (right now), “All My Friends”, and immediately followed it up with another five-star in “Someone Great”. I dare say it’s the best two consecutive tracks of all time.

Their newest album, This is Happening, finds them dropping their most consistently good back-to-front album yet, but it also find them lacking anything quite in the “epic” category. There are certainly some monster tracks here that will get themselves repeated listens. Opener “Dance Yrself Clean” starts hushed with Murphy lamenting awful friends (“Talking like a jerk/except you are an actual jerk”) before absolutely bursting into one of the best windows-down-speakers-turned-high hits for the summer. The middle meat of the record—back to back tracks “All I Want” and “I Can Change”—bring sensitivity to the game. Murphy evens displays some vocal chops on “I Can Change”, hitting a soft falsetto and showing the same pop-ish sensibilities he displayed on the superb Sound of Silver tracks. Elsewhere “Pow Pow” shows Murphy good ol’ lyrical charms in action again, with him nonchalantly remarking that “Because I have stayed home and have learned a little more about my neighborhood, which is important/You know, there's a lot of good places to eat”.

There are places, like on both previous LCD Soundsystem albums (“Get Innocuous!”, “Beat Connection”, etc.) where the dance punk focuses quite a bit more on dance, and this is where I get lost. I’m thusly not a fan of “One Touch”, “Somebody Call Me”, or “You Wanted a Hit”. The musical construction is tight, and I don’t disparage the talent level of any of these songs. Any fan of the genre would probably like them quite well, but I doubt most of would.

Having the expectation that there would be another “All My Friends” or “Someone Great” would naturally lead to disappointment, but there are still some solid winning tracks here. Any album with “Dance Yrself Clean”, “All I Want”, and “I Can Change” on it will be a good addition to one’s collection. 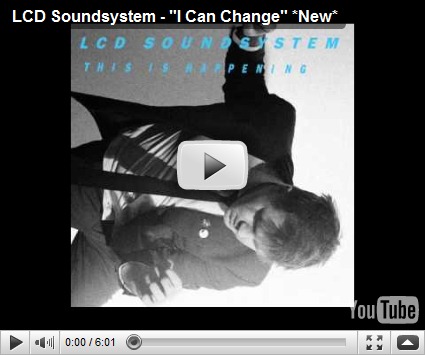 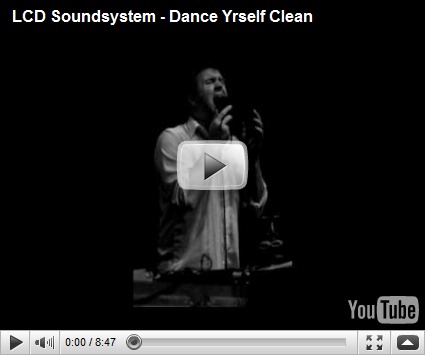