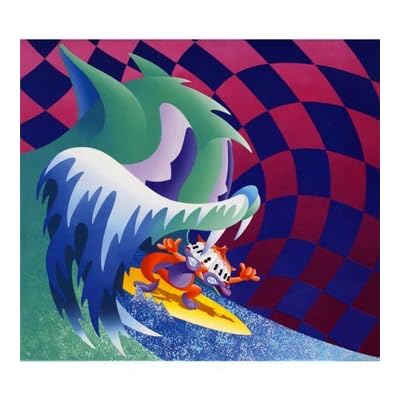 MGMT first burst onto the scene back in 2007. I’ve often joked that they opening scene to the sub-par movie “21”—which contained the song “Time to Pretend”—was the best part of the awful movie. MGMT were a tale of two bands on their fabulous debut album “Oracular Spectacular”. The front half was loaded with anthemic alt-pop masterpieces like “Time to Pretend”, “Kids”, and “Electric Feel”. The back half was much more psychedelic and experimental, but nonetheless very, very well done. All together it was one of the best albums of a strong music year.

Fast forward to 2010 and MGMT have apparently not taken well to be liked so heavily by the pop masses. Oh, the classic tale we have here of a little-band-gone-big-wants-to-be-little again, right? Well, sort of. MGMT has always been odd and unpredictable, so it’s only fitting that they’d follow up anthemic masterpieces with anti-anthemic masterpieces. For better or for worse, of course.

New album “Congratulations” has nothing remotely near “Time to Pretend” or “Kids”. So know that up front. Personally, that’s a negative, but it’s important to remember that the other songs aren’t necessarily BAD just because they’re not as good as they were three years ago.

Opener “It’s Working” takes pages from the 70’s. Think “Time of Season” vocals from the Zombies put together with modern synths. “Flash Delirium” is the closest thing there is to a single on the album, but it has no portion to really sing along to. This is a constant problem on the album. The songs may be “good”, but nothing ever really sticks in your head. The best of the bunch is “Someone’s Missing”. On this track you get the closest taste to previous work when the song builds and sweeps into something amazing around the two minute mark.

Other tracks here are just weak. “Brian Eno” and “Song for Dan Treacy” are just not that pleasant to listen to. Even the ones that grow on you don’t really stick. So here lies an album where the bad is bad, the good is not that pleasant, and the only thing remaining is to shrug and admire creativity. And yes, creativity abounds. Sonically there’s a lot to the album, and I don’t mean to take away from MGMT’s ability to construct an interesting song. But here they just don’t create anything that will make you give it repeated listens.

I know bands like to be different and break free from getting pigeon-holed, but MGMT have taken it a little too far.