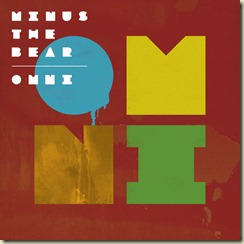 Listening to Minus the Bear’s stellar album, Planet of Ice, a few minutes ago I was suddenly struck by exactly how much better it was than Omni. I then spent a few minutes trying to figure out why. Most noticeably, Planet of Ice created a cohesive mood. The mood was dark, cold, and desperate. Even the album art had glaciers and mountains. The vocals matched and accentuated the mood. Everything about Planet of Ice was great, and I ended up ranking it my #17 album of the decade.

Well that just ain’t fair is it? When you’re being compared to what was, in my mind, one of the best offerings over a 10 year period, you basically lose before you start. So let’s be fair here. Omni isn’t as good as Planet of Ice, but it’s not exactly bad either.

The best track of the bunch is right up front, the pulsating and refreshingly sunny sounding “My Time”. Minus the Bear have always meshed synth and guitar work perfectly. On “My Time” their synth sounds better than it ever has. From their the tracks just don’t follow suit. “Secret Country” is the best of the rest, pounding out a resounding anthemic chorus. There’s also decent showings from “Excuses”, “Hold Me Down”, and “Into the Mirror”, the latter which does the best to create a dark mood that Minus the Bear are so adept at creating.

However, it’s hard to notice that some of the freewheeling spunk is gone. It’s anyone’s guess as to why. Gone are song titles like “This Ain’t a Surfin’ Movie” and “Dr L’Ling”. There’s nary a quotable lyric on the album. The sound is still there, however, and Minus the Bear are still one of the best sounding bands in alternative rock today. If you’re new to Minus the Bear, go grab Planet of Ice or Menos del Oso. However, if you are already fan, it’s still not a bad addition to the collection. 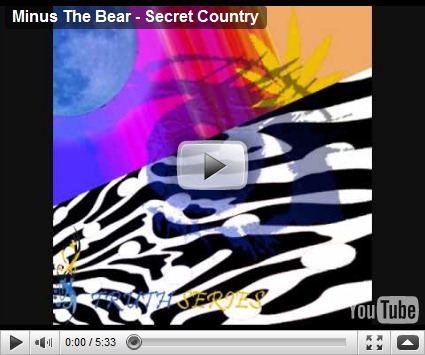 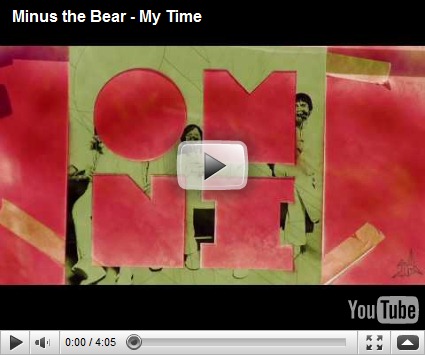