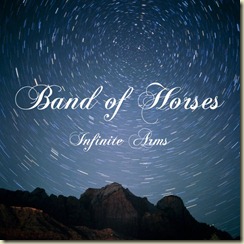 I’ve never met a person who didn’t like “Funeral”, Band of Horses’ soaring hello to the world of music on their opening album. At the time I regarded Band of Horses as just a pretty good band with a great song. That changed when sophomore album Cease to Begin was released, and two years later and about, roughly, 247 listens later, I have the band squarely in my top five, including ranking the album the as the #4 album of the decade. In fact, the album contained four of my coveted five-star songs, most of any single album in my entire collection. Just try and follow that up!

Band of Horses follow it up more than admirably, though I’ll admit to giving it a few extra listens and a little extra time for reviewing just because the first time through I was waiting for every song to be epic. Album opener “Factory” might be the best song on the album, starting with a lovely set of strings never heard before on a Band of Horses album and featuring wistful imagery (“the elevator in the hotel lobby has a lazy door”). “Factory” gives way to much more toe-tapping “Compliments”, where you can here Band of Horses’ country influences in full force. The forlorn-yet-accepting tone of “Laredo” is a song about self-evaluation and getting one’s head straight just by getting away. The album takes a bit of a dip with the softer “Blue Beard”, which starts promising, but awkwardly transitions into the final verse.

The album gets back on track with it’s best three song compilations, the successive “On My Way Back Home”, “Infinite Arms”, and “Dilly”. “On My Way Back Home” sounds eerily similar to “Sloop John B” by The Beach Boys as it slowly builds up. The song is somber and reflective as lead singer Ben Bridwell listens to “all my favorite songs” while “pissing my life away in the form of song”. Only Bridwell can pull off mopey lyrics like that and just seem reflective. “Infinite Arms” is as pensive as songs get, with Bridwell reflecting on a lover lost or gone far away. “When my thoughts drift to you…” he sings, and when he sings it becomes the album’s best moment. Pep is added back in with “Dilly”, though the theme of loss still remains. One thing to notice here is a little piano, and instrument not often featured in Band of Horses songs. But it’s a welcome addition. “For Annabelle”’s southern front porch style could have fit nicely on Cease to Begin, but it’s no slouch on this album either. The song is folksy and imagery laden (“walk home with you…in a barren field for us to cut through”) and is one of the stars of the show here.

A search for a coalescent theme in this album is not difficult. Most songs deal with the sadness of losing someone close, the struggle to adapt to the new situation, what to do next, and wandering from one place to the next without a real home. In “Factory” Bridwell sings of his stuff being strewn across hotel rooms, and in “NW Apt.” he fondly recollects an old apartment. The album is not without hope, though. On the closer, “Neighbor”, he hopefully realizes that “there’s a light on the front porch for someone”.

This album doesn’t quite approach the standards that Cease to Begin set forth, but it is superior to their debut album “Everything all the Time”. Any album that contains “Factory”, “Infinite Arms”, “Dilly”, and “For Annabelle” is worthy of a listen. And thus this album falls squarely in the middle of their discography. When we get to the end of the year I imagine it will also fall squarely in the middle of my annual top ten album. No, not the top, but certainly on the list. Band of Horses show here that they may not know how to make a bad album. 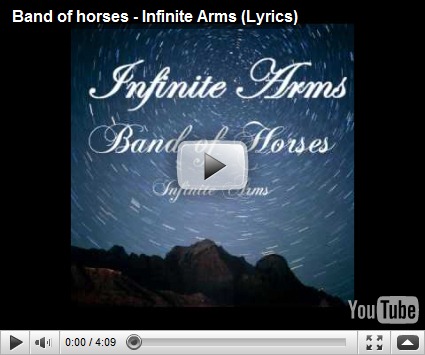 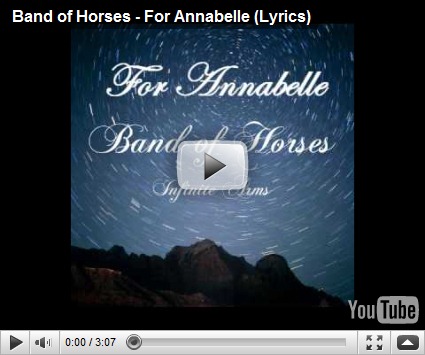