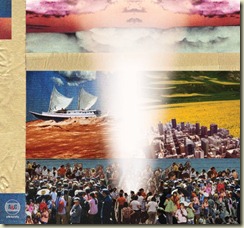 Broken Social Scene brings together an amazing assortment of musicians. Wikipedia says the band has had as many as 19 members at one time. In fact the side projects of the primary members have, in some circles, surpassed the prominence of the original group. Indeed, few who watch television haven’t heard of Feist and the Apple iPod theme song “1,2,3,4”. In addition alt rock band Metric and indie group Stars (who released the wonderful “In Our Bedroom After the War” a couple years back) make up two of the other many side projects. On Forgiveness Rock Record the band is reunited, often with fantastic results. Overall the album lacks a completely cohesive feel, and at 14 songs I’m faced to realize that either the album lacks the ability to completely hold my attention or I just haven’t given it enough listens or time to digest. I wouldn’t write the review if I didn’t believe it was the former more than the latter.

The album begins with one of the strongest tracks, the sonically deep and nearly seven minute long “World Sick”. The chirping guitars, subtle electronics, and swarming chorus are a perfect start to the album. I imagine the song will find it’s way onto a lot of year end critical lists, my own included. “Chase Scene” is nearly as long and darker in nature. The ominous strings and distorted electronics provide a pulsating backdrop for an endlessly interesting tune. The album’s strong start continues with “Texico Bitches”, with the vocals strained and little distant as they bemoan capitalistic greed (“Texico bitches why do you steal?”).

After this, though, the album delves a little into inconsistency. Certainly the electronically focused “All in All” and “Sweetest Kill”, which feature primarily female vocals, provide a much needed change of pace and atmospheric feel. I can attest that “Sweetest Kill” was even better live, and found it to be the best song they played this summer. “Art House Director'” is forgettable, and for all the wistful nature in “Highway Slipper Jam”, it’s just not a repeat listener. They do find more success in “Ungrateful Little Father”, which heaps the instrumentation on but never skips a beat.

The album has some fantastic moments (particularly “World Sick” and “Sweetest Kill”). There’s a sense after I finish this album that a ten song album may have been a better direction, provided they axed the appropriate songs. But someone looking for great indie rock won’t be disappointed here. When this many talented people get together, you can only hope for results this good in this many places. 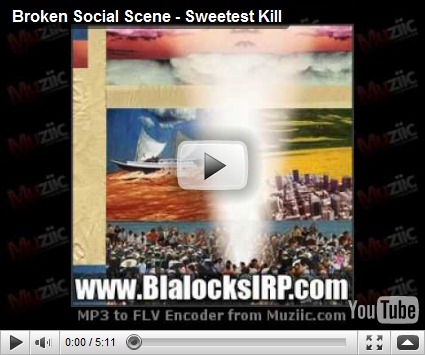 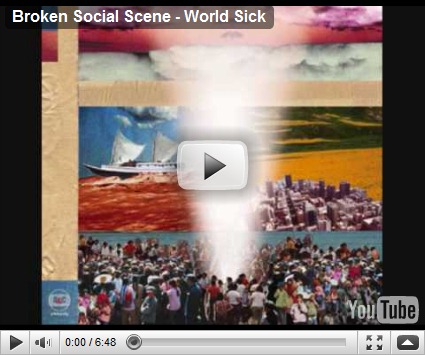