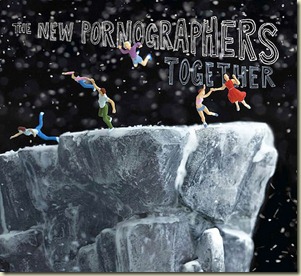 You wanna know my main issue with The New Pornographers? Do ya? Well, I’ll tell ya. It’s that they named themselves The New Pornographers. Yes, now when I review their album my mother can shriek that I’m listening to devil music. And to further drive home the problems with their name, I turn to Bing image search, where my search for their album art alerted me that I would have to turn off the family friendly filter to continue my search. So thank you Canadian indie folk rock band The New Pornographers, for making me explain you every time you come up. “Wanna hear a new song, person x?” “Sure do! Who’s it by?” “The New Pornographers". “Oh…that doesn’t sound like my style”. Sigh. Truth is, they probably planned this.

Much like their Canadian counterparts (and subjects of previous review) Broken Social Scene, The New Pornographers are a Canadian indie supergroup, though their focus is a little more folksy than rocky. Most the time, at least. Their side projects include the solo work of A.C. Newman and Neko Case and the groups Destroyer and Zumpano. Previous albums have been consistently solid in nature, although usually lacking in overwhelming flair. Their best potential has been flashed in songs like “Use It”, “Myriad Harbour”, and “Challengers”. Passion for The New Pornographers, for me at least, shifts depending on who is singing. The band and the album don’t have a cohesive feel so much as they alternate between Dan Bejar, Neko Case, and A.C. Newman taking the helm. When Newman sings, I usually am a fan. Case as well, but not to the same extent. Bejar, on the other hand, has to form a special song for me to look past his voice (he did this on “Myriad Harbour” and does it again on “Silver Jenny Dollar” here).

When The New Pornographers write a great song though it is often the epitome of sunny pop bliss, and this occurs on the string and oh-oh-oh laced “Moves” and the rousing, rock-y “Your Hands (Together)”, the albums two best tracks. The biggest disappointment on the album is Neko Case, who’s dependability is relegated to only a few tracks, and only “Crash Years” approaches a level of recommendation. The piano loveliness of “Valkyrie in a Roller Disco” does it’s best to combine the elements of all members, and its the most wistful of the bunch. The album concludes with “We End Up Together”, perhaps the perfect theme song for a band whose members seems to be great on their own but even better together. “The best wishes on both ends extended/Ma ma ma ma, we end up together” they sing. It’s the perfect sentimental end to a perfectly solid album from a perfectly solid band, no matter how bad they are at choosing a band name. 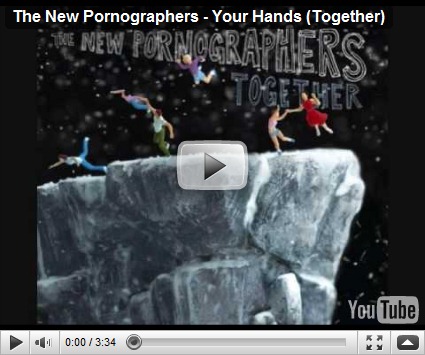 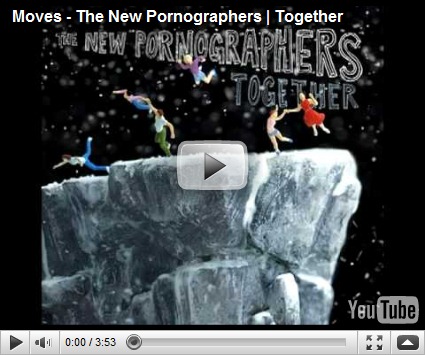