Of Pretentiousness and BP, For What It’s Worth

I’m trying to be better these days. I promise. As my complete dive into the world of music has developed since around 2003 I’ve often announced with pride that I am a “indie music snob”, as if pretentiousness was something to be proud of. You know what the real problem with pretentiousness is? It’s a slippery slope, and there is always always someone more pretentious than you are. The minute you tell someone how much better The Fray is than Miley Cyrus, someone else tells you how much better Snow Patrol is than The Fray. And Snow Patrol isn’t nearly as experimental as Muse. But Muse? Oh they are basically just Radiohead and Queen copycats, say the critics. And once you think it’s okay to praise Radiohead someone will come out and tell you how overrated they are and turn you onto Animal Collective. Here lies the rub: it never ends. Someone is always ready to out-snob you. If you’re trying to stay uber-cool in the critical world you eventually end up listening to people who lock themselves away in attics making moaning sounds, experimenting with 13th century instruments, and dabbling in animal noises. Pitchfork is the worst. They out-snob the snobs so quickly one gets the sense that they could write their review before the album comes out based on popularity level.

Lately I’ve been trying to get better and separate myself from this crowd, although I certainly enjoy much of the music this crowd loves. I have a mission when I write reviews. I want to open people up to new music that’s good and that they maybe haven’t heard before. If it’s mainstream, then that’s fine. If it’s off the beaten path, that’s fine. Good is good and I’ll try anything. Certainly I have some predispositions. But all this really means is that I generally like some genres and styles better. What I like is actually decently simple: I like things that are unique and bring something different to the table. I like albums that are cohesive and don’t sound so similar song by song that you can’t remember any of the songs when you’re done. I respect talent, meaning I prefer it when the artist knows how to sing, writes their own songs, and plays their own songs. As I’ve written before you shouldn’t have to try to “seem sincere”, you should just be sincere.

But you know the beauty of it all? Sometimes preferences and rules don’t matter. I like Lifehouse, and have for years. I like Michael W. Smith. I like Linkin Park most of the time. I have some Eminem. I like Breaking Benjiman. I like All-American Rejects, Paramore, and Fall Out Boy. None of these bands even gets reviewed by a lot of critics. And you know what, go ahead and like Nickelback. Go ahead and like OneRepublic. I liked music like that once too, and I’ve slowly grown away from them as I saw what else was out there. And I’m beginning to understand that no one is going to be open to new bands or ideas if they’re being criticized for liking what they like. Sometimes it’s frustrating when people like only the 40 songs the radio plays, but that’s how the biz works. Sometimes it’s frustrating to hear “but I’ve never even heard of them” as a complaint when that’s kinda the point. But I’m trying to get better. I’m trying not make fun of peoples’ music taste. I started at Goo Goo Dolls, moved to Good Charlotte, took a trip with Eve 6, discovered Snow Patrol and Keane, got into Coldplay and The Verve, discovered The Shins and Band of Horses. Now it’s Spoon, Grizzly Bear, and The Hold Steady. But I started with Goo Goo Dolls and Good Charlotte, so who am I to think I’m so dang cool.

Like what you like people. Just be ready to like something more. Finding new stuff can be so much fun. And you don’t have to hate your old stuff to do it.

British Petroleum. It’s interesting to watch as people reach for something or someone to blame in every situation. Step back and you’ll see it all. Blame BP, they’re the polluters! Blame Obama, what a terrible response! Blame Bush, it’s his era of “greed” that set this up! But you know what, what happened has happened. It’s done. And when you’re business is drilling for oil in the middle of an ocean, something will eventually go wrong. This isn’t the only industry where risk is inherent. Doesn’t every airline know eventually someone will crash the plane? Doesn’t every mining company know that mines can collapse? The response can often be to just blame “society” or “greed” as if we can just do this be done with it. And it may be true. “Society” wants to drive cars. It wants to go somewhere fast. It wants to do it cheap. And no matter how much everyone wants to feel like they believe the environment is more important than their car, the honest truth is that most people accept the risk of a once a century oil spill if it means we get where we need to go when we need to go there. If regulations start sweeping in to cut offshore drilling and gas prices hit $5, people will start clamoring for offshore drilling again. That’s reality. I, for one, will not boycott BP. Someone on that oil well jacked up. But I’m not going to do some sort of self-righteous boycott of BP just because it was their company that owned the oil well that blew up. You weren’t boycotting Exxon still were you? Boycotting BP is just an attempt to lay some blame and move on. Unless you’re willing to just boycott oil (and you aren’t), then it’s fruitless. If I’m next to a BP and need gas I won’t think twice, no matter how much I think the oil spill sucks. And let’s be clear, this isn’t Obama’s fault or Bush’s fault either. They sit in an office hundreds or thousands of miles away. The fact that they are so helpless to help should just say something about government’s inability to fix large scale issues like this. Instead of wondering where the president is that can fix all these things, why not just stop expecting that it’s the presidents job to “fix” every accident and natural disaster? 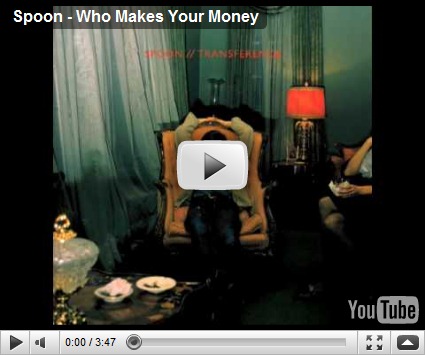