So here I am in a terrible hotel in Kennewick, WA, typing out my last blog with the help of the one thing this hotel DOES have: wireless internet. It also has the smell of onions. Yes, onions. I am so sorry for taking my wife here.

So we handled day 3 a little bit differently since we were exhausted and didn’t have any bands I slightly cared about till 1:05 and none I really cared about till 1:55. So instead we headed out to grab lunch/breakfast at this nice little place called the Yellow Church Cafe: 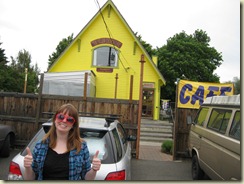 Oh, wait, never mind, nothing looked good on the menu and there was a wait, so this is us shrugging it off: 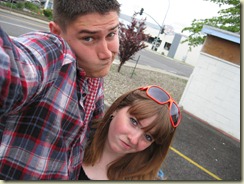 We did get there in time to catch a little of potentially-good-in-the-future band Tame Impala, but the real treat was watching the surprisingly amazing Temper Trap, whose great song “Sweet Disposition” you can hear here.

We basically only had a short break between Temper Trap and doing an epic 5 hour long standing spree, and we spent that time standing in line to meet Band of Horses and get some autographs. I got my Band of Horses shirt autographed and got to tell them that “Detlef Schrempf" is the best pensive night driving song of all time, which the drummer found amusing. We also took this amazing picture with the lead singer and drummer: 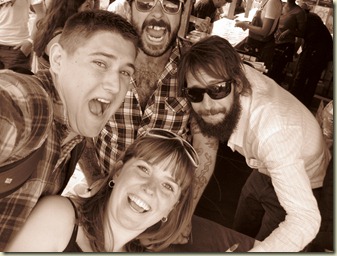 Then began the epicness. Basically we were attempting to see Passion Pit, She & Him, Band of Horses, and MGMT in a row, and the only “sitting” was if you just parked on the ground in the main stage area. My feet still hurt from last night and probably will for a while.

Passion Pit did a great job and played all my favorite songs, including five-star “Sleepyhead”. They also had a gigantic inflatable whale start making the rounds like a beach ball. The lead singer encouraged this, telling the crowd not to let the whale out of his sight, and he even brought it on stage. 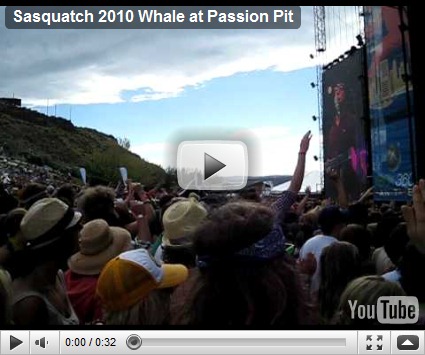 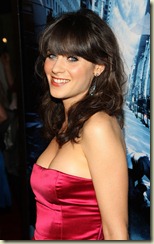 , who you may know from Almost Famous, Elf, The Happening, Hitckhiker’s Guide to the Galazy, 500 Days of Summer, of Yes Man. She is also a talented singer. And I also have a crush on her. I didn’t get any amazing pictures, but here’s at least one that I took myself. 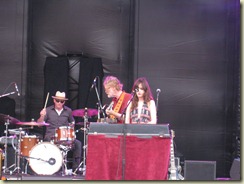 She & Him led right into Band of Horses, which is my favorite band to be playing at Sasquatch. They have five five-stars to their credit, and I’ll be darned if they didn’t play four of them. Made me ever so happy. 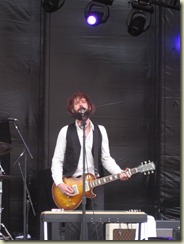 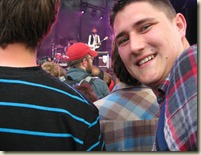 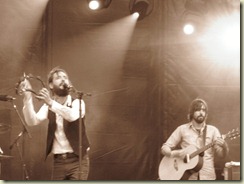 The one with me in it is showing how excited I was to hear “No One’s Gonna Love You”, which was the first vocal song to play at my wedding reception.

The final band of the day was MGMT, who put on an awesome show. The crowd was intense…even dangerous. Luckily Holly already booked it to the back. These crowds aren’t that bad for the 6’4” guy, but I always have to rescue a few little girls who get in over their heads. Oh, also, I caught a monkey! 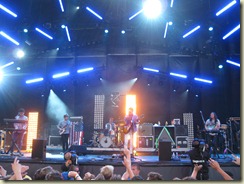 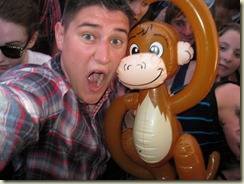 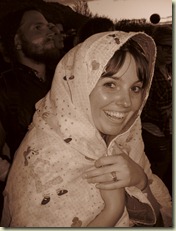 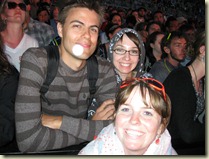 I’ll post an entire recap and the facebook photo album later when I get home, but just as we gave out gold coins to awesome people like this guy, I give you an internet-based gold coin for your loyal readership! 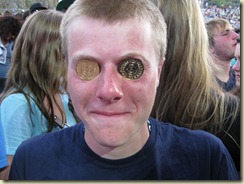