My Wife Prefers the Random Blogs

After essentially begging my wife to read my last music review she readily admitted she preferred my so-called “random blogs”. I guess that’s just how it is. I’ll forgive her. Or maybe I’ll get her back by talking about politics, since she hates it when I do that. So, Holly, this one goes out to you. Here come the random tidbits!!!

My least favorite lyrical thing is when songwriters rhyme “love” with “above”. It annoys the tar out of me. Lyrical copout! I call lyrical copout! Listen for it. You’ll hear it ALL. THE. TIME. How can this happen? Well, I Binged (yes, you Bing things if you can Google them) and the rhyming dictionaries suggest glove, dove, shove, and above. My guess is combining love and glove is a bad idea. Dove is hard to pull off. Shove pushes us into domestic violence territory. So what happens? Either we end phrases constantly with “of”, find a way to work “thereof” into the line, or we just get to hear Britney Spears sing “Oops you think I’m in love/That I’ve been sent from above” or Mariah Carey belting “Sent from up above/So much love”. Yes, these are the kind of things that I think about at night.

Who here has seen How to Lose a Guy in 10 Days? Isn’t he a total jerk? He really is. He’s a cocky guy who uses her as a pawn. But wait! SHE is a jerk too. She' uses him as a pawn TOO. Usually movies try to get you to root for the male and female leads to get together. In the best romantic comedies you are pulling for them both. In Say Anything, it will kill you if Lloyd doesn’t get the girl. In the bad ones, such as Kate & Leopold, you end up wondering why in the world Leopold deserves to get stuck with that nasty Kate. But How to Lose a Guy 10 Days you get the most interesting combo yet. Do you pull for them to get together so that these two jerkwards don’t go infesting other peoples’ lives and instead let their rottenness just permeate and destroy one family?

Pomegranates. They’re an event, not a just a food.

That guy on Man vs. Food is going to die at 34. I almost get heart attacks WATCHING the show.

It should be illegal to prevent businesses from opening competing institutions just because a few people believe that enforcing a “healthy community” is actually something government should be allowed to do. Is a healthy community better? I guess, but honestly people, what country do we live in where I couldn’t even open a Subway, like I’m spreading some sort of drug. Are people really okay with the government telling them what they can and cannot eat, like we don’t already know that McDonald’s is bad for us when we order it in the first place?

Who doesn’t love a good shiskebob? C’mon, really. Grilled meat and veggies on a stick? Awesome.

Did a five year old name “brownies”? That’s like naming your cat “Kitty” or turtle “Shelly”.

Paul Rubin of the Wall Street Journal wonders why the oil spill cleanup is taking so long. Like Rahm Emanuel said, “You never want a serious crisis to go to waste”.

If I were a super hero I would be Iron Man. I’m actually really good at ironing. Holly has me iron her shirts for her.

Since I’ve criticized the ultra-liberal (fast food bans) and the Obama administration (using the oil crisis), let me take a moment to say this. I don’t give a rip if Obama golfs. I didn’t give a rip when Bush went to his Texas ranch either. Presidents age what appears to be 20 years in just 4. I get stressed running an 84 person section at work, and these guys run the country. And they can’t take one day off? These pics of Obama golfing during the oil spill have no effect on me. Maybe he needs a day on the course to clear his mind and reattack the problem.

They should just stop briefing the seat belt instructions on planes. It’s embarrassing.

I love when people use big words to sound smart. Like metallic oxide salts. 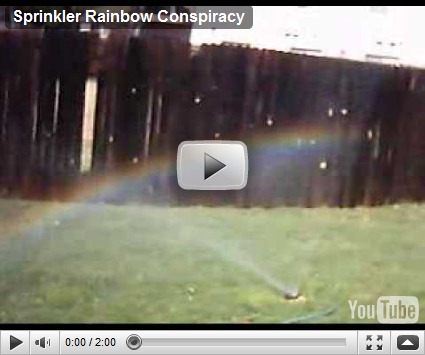 Any oldie but a goodie from My Morning Jacket. 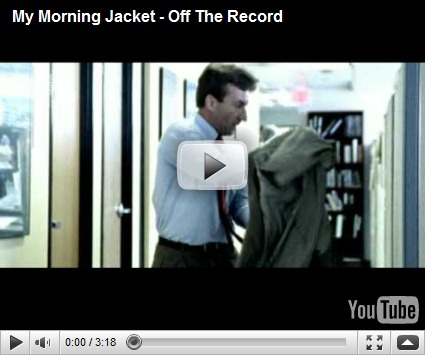