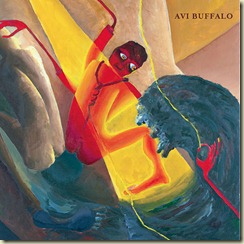 They often draw comparisons to one of my very favorite bands, The Shins. They hail from Sub Pop records, home of stellar bands Band of Horses, Iron & Wine, Modest Mouse, Death Cab for Cutie, and many more. They released one of the year’s best tracks so far, “What’s In It For?”.

Unfortunately for Avi Buffalo, it doesn’t get much past the stellar setup. Despite releasing an album that’s heavy on the comparisons to great bands, solid on the musicianship, and rife with critical acclaim, I must confess that I just don’t get it. Not all of it at least.

Avi Buffalo are basically a group of uber-talented high schoolers who have here concocted a collection of summer-sounding west coast indie jams. Lead singer Avigdor Zahner-Isenberg was one of the most grounded, likeable people who I had the pleasure of seeing at the Sasquatch Festival this summer. Reviews that I have flipped through have thrown around such heavy-hitting names as The Shins (wikipedia calls them “Shins-esque”), Wilco, Neil Young, and Built to Spill. And, on the heels of hearing their amazing song “What’s In It For?”, perhaps I set my expectations too high when I downloaded their entire album.

“What’s In It For?” is one of the most easily digest able and likeable indie songs to hit the shelves recently. The sunny Beach Boys-ish guitars, longing vocals, tepid synth organ, and sing-along-able woah-ohs are irresistible. And when they lay down a line like “You are tiny and your lips are like little pieces of bacon”, they actually pull it off in a way that just makes you smile and laugh along, rather than laughing AT.

I approached the rest of the album with open, welcoming ears. I waited for the greatness to hit me. When I didn’t hear greatness I sought out what I was missing, pouring through critical reviews trying to hear what they were saying. But I never found it. The songmanship is most certainly there, and musically I find the details, such as the twinkling background piano and horns on “Coaxed” appeasing, despite not really finding any reason to listen to “Coaxed” on a regular basis. I find the crescendo on “Remember the Last Time” to be a great portion of the song, but I wouldn’t recommend it to friends. I did find “Five Little Sluts” and it’s adolescent musings about washing your pores amusing, and I believe it’s probably the album’s second best track. Slow moving “Jessica” is good as well, but that’s about it.

I’ll try to wrap this up succinctly so as to clearly express my feelings on Avi Buffalo, because I feel like I may be giving an odd impression about them. Avi Buffalo are an amazingly talented collection of musicians who put together songs that are lush in detail. Their songs have the feel of a band who have been seasoned with years of growth and experience despite being teenagers. However, on a song by song basis there is only one or two truly memorable, repeatable, mix tape eligible songs. In a way what I’m simply trying to say is that you can like what a band does, how they sound, the thought process behind the music, etc., and still not come away blown away by the tracks.

My suggestion? There’s not a better 99 cents you can spend right now than to log onto iTunes or Amazon and download “What’s In It For?”. If you adore the track try “Five Little Sluts”, “Jessica”, and maybe even “Remember the Last Time”. But the whole album? In an age where you can purchase track-by-track, don’t bother. 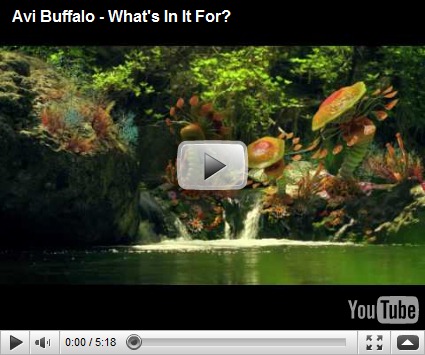