(Disclaimer! Top 10 songs and Top 3 albums of 2010 are a reflection of current feelings on July 12, 2010 and do not necessarily guarantee similar ranking in the official yearly Top 50 mega-post! Alright, phew, on with the list.)

Thus far 2010 is shaping up to be the best music year since the delightful 2007. Frankly, I believe I could make a Top 50 right now that would be superior to last year's entire Top 50. That says as much about this year as last year.

I couldn’t help but notice we just hit the halfway mark of the year, and since people tend to pay more attention to smaller lists anyhow, here are the Top 10 Songs of 2010 So Far (with youtube vids!).

The National will have multiple songs on the final list this year, but none will be higher than “Conversation 16”, a song that relates lack of self-confidence and presence of self-doubt as sincerely as you’ll here. Combine that with the musical chops of The National and you have the #1 track thus far. 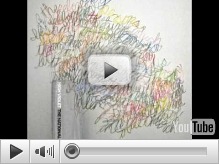 I’m a major fan of The Shins, so hearing that The Shins’ lead singer was teaming with Danger Mouse got me pretty excited. But nothing excited me more than hearing “High Road” for the first time. 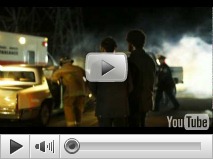 When James Murphy hits the “ah-ah-ah-ahl-riiiight” right at 2:55 an already outstanding album hits its peak. “I Can Change” continues an LCD Soundsystem tradition of taking an album filled with dance tracks and supporting it with at least one flat out masterpiece. 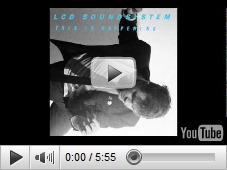 Probably my favorite new band, Freelance Whales display their amazing knack for indie pop on their debut album. No track is better than “Generator ^ Second Floor”, whether on the album or in utilizing banjo.

What do you get when you combine the wistful alt-country vibe of Band of Horses with a little strings? You get “Factory”, the best track off of their new album. 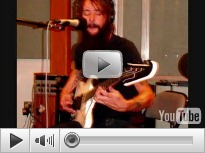 The Holy Steady tried something new on their newest album: singing. Mostly ditching the speaking-with-the-music storytelling vibe, Craig Finn flexes the pipes a little bit here. Put that together same visceral imagery that The Hold Steady are known for and you get “The Sweet Part of the City”.

If I told you this song was made by a 17 year old and includes a line like “your lips are like tiny pieces of bacon”, would you even remotely believe that it could be that good? Try it. 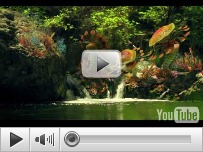 I listen to a lot of details in music, but percussion is normally where I fall short. But the percussion here is front and center, and the song is better for it. Local Natives are going to big says this aspiring amateur music critic. 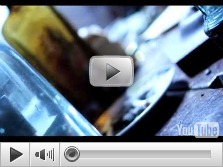 While the album may be disappointing, there is nothing disappointing about the powerful “My Time” from Minus the Bear. From the time the song builds of it’s intro it never stops.

Spoon continued their wonderful run of excellence on “Transference”, and the best track is the understated “Who Makes Your Money?” with it’s sly details, subtle electronics, and soft touches of Britt Daniels’ throaty vocals.

(By the way, I’m still deciding how I’ll fit the monster 2009 trio of The Antlers’ “Kettering”, “Bear”, and “Two” into the equation since it doesn’t seem right that they don’t get some inclusion, and I missed them completely in 2009’s list.)

And the Top 3 albums are:

I can’t believe I’m writing this. When May saw new releases from LCD Soundsystem, The Hold Steady, Band of Horses, and Minus the Bear I would never, EVER believe the best album would be a throw-in purchase by The National. But it’s true. The National’s “High Violet” is a powerhouse album with zero weak tracks, and some stunners that include “Conversation 16” and “England”.

2) The Hold Steady - “Heaven is Whenever”

The Hold Steady branched free from their usual stories and characters and even tried singing out for size, and didn’t miss a beat. Led by “The Sweet Part of the City”, “Hurricane J”, and “Weekenders”, this album is great front to back.

Fans of The Shins will not be disappointed. Some could even argue that the album is “better Shins”. Headlined by “High Road” and propelled to greatness by “Vaporize”, “The Ghost Inside”, and “Trap Doors”, this album is nearly impossible not to like.

Six more months of music to go, and still many more from earlier in the year that I’m just getting a change to listen to, so more changes may be in the mix when the annual megapost comes.