So here we are! Ohio it is. 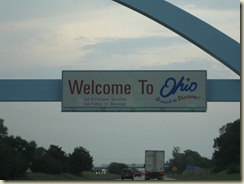 I’ve now been in my new state for a week and my first impressions have been mostly positive. I like being at a base that has 10 gates, multiple golf courses, and hundreds of restaurants in the general local area.

Anyhow, for those of you who don’t know, I’m here to get my Masters degree in Logistics Management at the Air Force Institute of Technology. I checked in today, and although I knew it was basically just like college except in uniform, I guess it surprised me exactly how much like college it was. In my head I was still picturing some of these Air Force trainings I’ve been to, but it was a heckuva a lot closer to Univ of Portland than it was to Air and Space Basic Course today. Yes, that reference will make sense to just about 20 people, but there it is.

August 16th in the Rubino Family will forever be Tim Day. We designated August 16th as Tim Day because of our new “friend” Tim, The Worst Realtor in Ohio. Tim works for Irongate Realty, who I recommend about as much as a I recommend the pulled pork special at Subway. Here’s the story goes. On Saturday, Aug 14th Holly and I took a tour of a lovely little place near the Fairfield Commons in Beavercreek, a very nice area full of stuff to do. The add on the website said “will consider small pets”, and we made it known right away up front that we had a cat. Tim said that he was sure this would be fine, but that he would confirm with the owner. Anyhow, we call him back on Saturday night to say that we’d like to take the place. He is very happy and meets us at the house on Sunday to sign the initial paperwork and turn over the key so we could start getting to work on the place, which had a disgusting Bermuda mural pasted to the wall. We didn’t have the official lease yet, but since that was just paperwork he gave us the key and told us we could start doing stuff. So there I am on Monday morning (which later became “Tim Day”) and I get a call from Tim telling us that he had “forgot” to ask the owner about the cat and that the owner had texted him to make sure we didn’t have animals! So he told us we had two options: 1) he could look the other way if we hid the cat stuff anytime the owner came around or 2) he could call the owner and explain. I picked option #2 because only an idiot would agree to option #1. It took FOUR hours for Tim to get a hold of the owner. Meanwhile, Holly and I have no place, nothing to do, and the house we are supposed to be painting/working on is just sitting there while we potentially lose any other houses. Four hours later Tim calls back and tells us that he has bad news and that we can’t have the place, this is an entire two days after he told us a cat was okay and we already started taking down the mural. One day after I wrote him a very large deposit check. Unbelievable, right? It doesn’t stop there. I hesitantly agreed to meet him halfway at a closer realty office to exchange the keys for the checks. However, when I got to the place (which he said was open until 7), the place was completely shut down. Up to this point I had been very nice considering. I never shouted and I was never mean. I told him I was mad and frustrated, but I was very calm about it. But this final act of incompetence infuriated me. I sent him a professional yet very clearly disgusted e-mail letting him know that I was not driving another 1/10 of a mile to meet him and that he could either meet me at a time convenient to me at a gas station around the corner or he could wait a while and he could have his key back once I get settled in the house and buy stamps. After all, I assume the owner wouldn’t be too happy that some random guy had his key still and no lease!

That is how August 18th became Tim Day.

Anyhow, this place ain’t bad for a consolation prize! 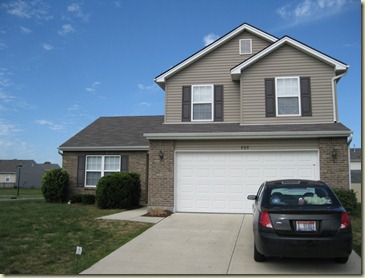 Ohio isn’t as terribly humid as I thought it was going to be. A few of these days have been downright pleasant. Over time there will be many things I will like and dislike about Ohio, but surprisingly I don’t think the weather will play as big of a factor as I thought it might.

In honor of my brother David, here is new song I’m fond of that is sung by a female. It’s “Help, I’m Alive” by Metric. 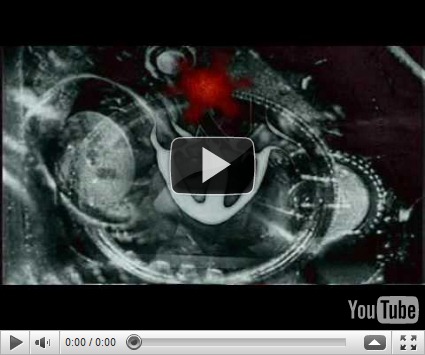 Coming soon I’ll manage to get up album reviews for The Arcade Fire, Metric, and Menomena. Life is just a little crazy right now.