The advantage of taking your sweet time on a road trip/move to Dayton is that you can actually spend a good amount of time exploring the sights along the way. Thus today we did a full drive-thru tour of Grand Teton National Park and decent impromptu detour through middle-of-nowhere Wyoming.

But first things first, I started the day off in the parking lot of the visitors center, where I prevented a collision. That’s right. Booya. Straight up got one lady to stop. She then accused the other lady of “backing into her”, to which I told the lady that, no, they backed into each other. But hey, in the end, no one hit anyone. Problem solva’!

So the Grand Tetons. Pretty much amazing. I can’t believe the rocks are so jagged like this. 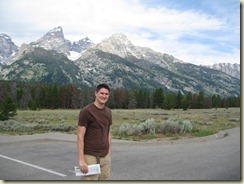 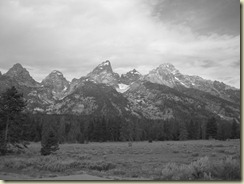 What can make the Tetons any better? How about we add Jenny Lake into the mix? 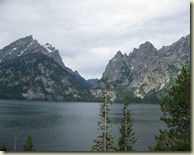 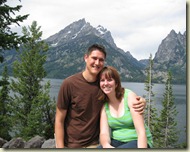 And a quick turn up the hill to Signal Mountain provided some breathtaking sights.

Oh, but we have a fun cat with us…and let me show what it’s like to have a cat with you on a trip like this, especially early in the day: 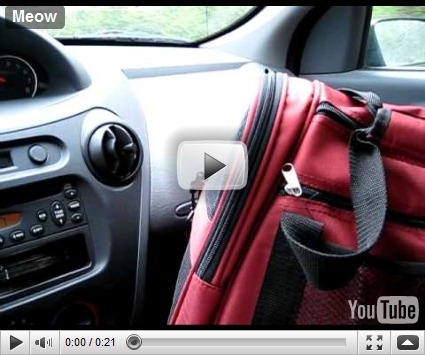 Ugggh, right? He settled down later, but that’s how he was most of the morning. Buuut, here’s the wonderful view on the way out of the park. 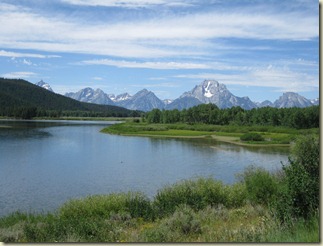 When it comes to Holly and I, we’re all fun and games…and history nerds…so when we had the chance for both the Sacajawea grave and Independence Rock with just a 30 mile detour, we jumped on it.

First, a little controversy. See, there’s TWO death stories for Sacajawea, although just one grave. So while many accounts have her dying in 1812 in Nebraska, there is also an account of her returning to Wyoming, where she died of old age in Fort Washakie. However, if the Wyoming page in the Atlas says it’s her grave, then it’s her grave, right? And here it is! 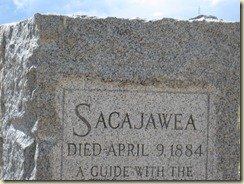 Next we burned it down through Lander, which had a gas station with the capability of adding flavor shots to sodas, so I concocted a raspberry Dr. Pepper and hit the road again. Meanwhile, who knew Wyoming looked so much like Utah in places? 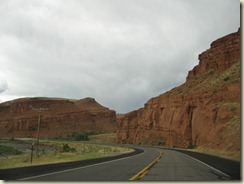 Anyhoo, next stop was the American landmark of Independence Rock, known as the spot where western settlers would carve their names as they traveled through. What’s really cool is that they actually allow you to climb it. So we did. 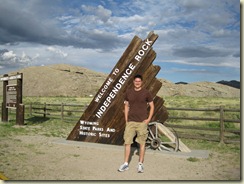 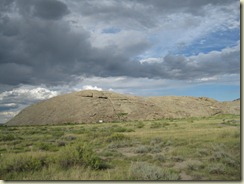 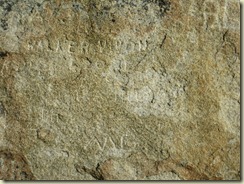 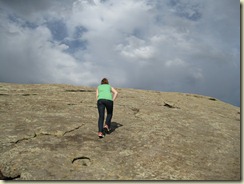 Here’s a video from the top. Hard to hear but you’ll get the gist. 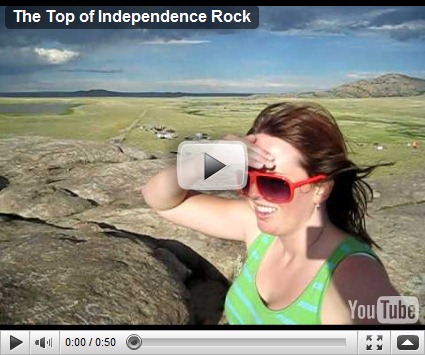 But here are the two best things about Independence Rock, brought to you in photo form.

1) The Greatest WTF Photo of All Time 2) Jalapeño makes it to the top! 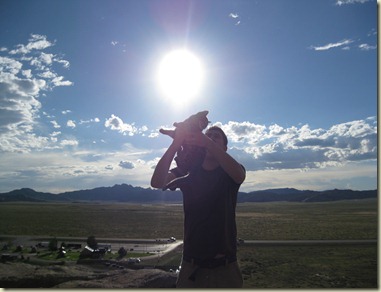 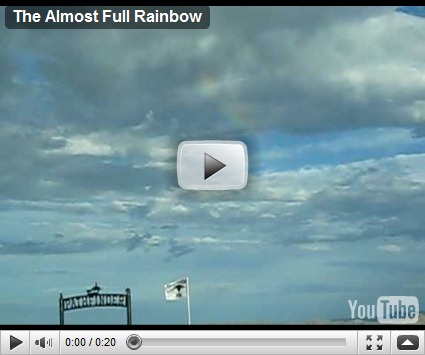