Oh Day 4, I don’t think that I’ll have the fondest memories of you. On top of waking up from a night of writhing in pain on the floor with food poisoning it rained all day long. And I mean all day. Holly and I discussed this and agreed that there had been no portion of the day where it was not either pouring or sprinkling to some degree. This means most of the day looked something like this: 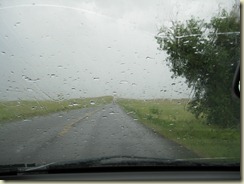 “Lucky” for us it was merely sprinkling during out tour of Badlands National Park, so we were able to get a decent view of the weirdness. This place has to have some of the oddest landscapes in the world. Check it out. 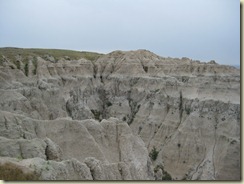 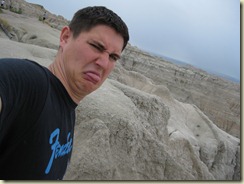 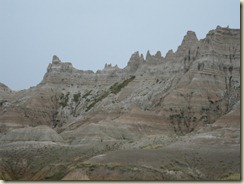 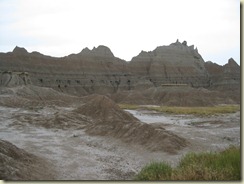 Right outside of Badlands is a place called Prairie Homestead that Holly asked to stop at. I took Jalepeno in the car while she looked around. 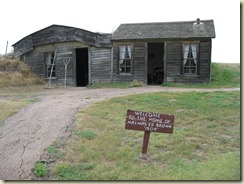 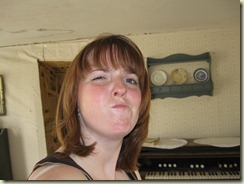 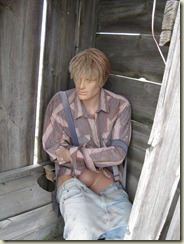 Right down the road waiting for us was the largest prairie dog in the world! Thanks Kristen for providing us with a list of all the large things! 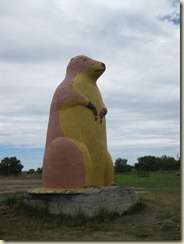 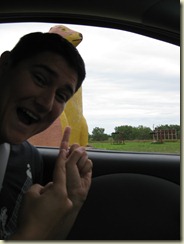 Then we hit the road and started driving in the rain. And it rained and rained and rained. We got hungry. We stopped in Murdo, SD, where we ate at a drive-in that overcharges for terrible food. My stomach ache came back. We took but one more photo the rest of the miserable day, and it was of this awesome skeleton man walking this awesome skeleton dinosaur. Awesome, right? 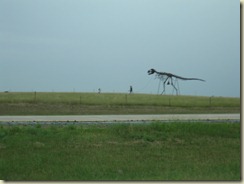 When we arrived at our hotel in Sioux Falls we found out that we didn’t just drive through rain, we drove through severe thunderstorm, flash flood, and tornado warnings. They interrupted Baseball Tonight on ESPN to tell us to find a safe location and not leave the house. Oops!