He coached the Nebraska Cornhuskers for 25 years. He won 12 conference championships and three national championships. His teams finished in the Top 15 in 24 out of 25 seasons and never won less than 9 games. He was voted into the college football hall of fame. He received the Jim Thorpe Lifetime Achievement Award. ESPN honored him as the Coach of the Decade in the 90’s. He’s regarded as one of the greatest coaches in any sport of all time. And there I was just looking at the trophies in the University of Nebraska trophy room when he walked around the corner. Therefore, I present the best picture of the whole trip: 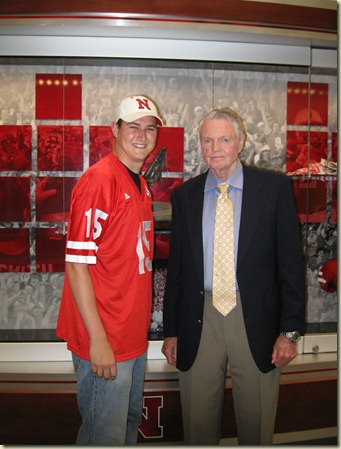 But that’s not even all the day! I started this day as excited as possible for what laid before me (and I didn’t even KNOW how awesome it was going to be).

Now I’m all about hitting new states on my lifelong 50 state quest, so I was thoroughly pumped to see Iowa for the first time today, which happened pretty early in the trip. 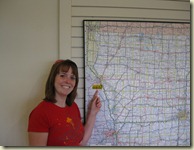 Then we hit up Diners, Drive-ins, and Dives locale California Taco in Omaha thanks to a tie-breaking recommendation from Kelsey Thornton. 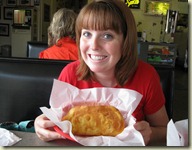 And then we headed to my personal Mecca, Memorial Stadium in Lincoln, Nebraska. It’s a place I’ve never been before. This has always bothered me. When people ask me why I’m a Nebraska fan I tell stories of my grandfather playing on their team or my dad being born there, but I could never even say I’d so much had stepped a foot in Lincoln. But today I made it. 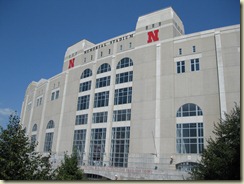 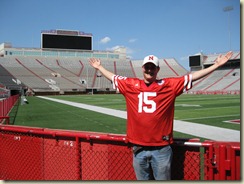 I touched the field… 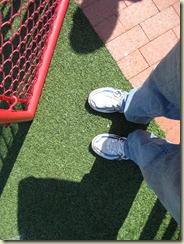 I touched the lucky horseshoe… 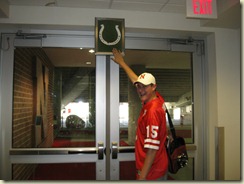 I ran out the tunnel… 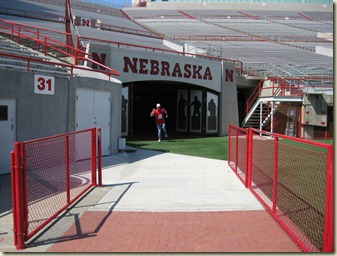 I posed by things related to Tommie Frazier, the man who inspired me to wear #15 all the time… 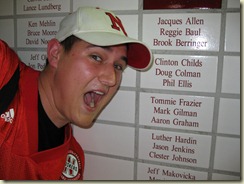 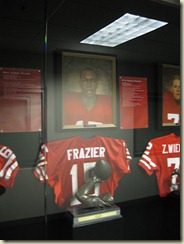 I stood by the National Championship trophies… 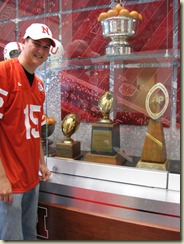 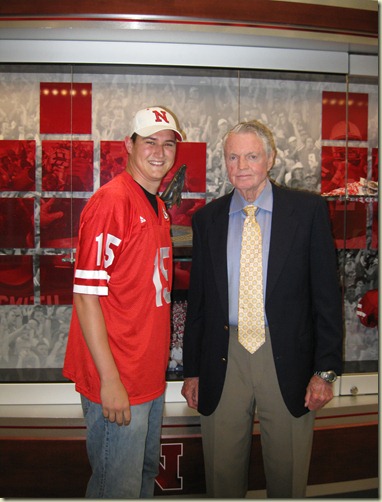 All in all, today was a fantastic day. One I’ll never forget for the rest of my life. And, yes, I bought lots of goodies in the Nebraska team store. Everyone needs a foam finger. 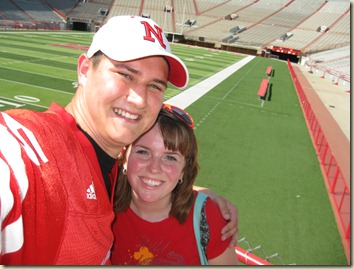