Buzzwords!: LOBBYISTS for CEOs are only interested in PROFIT and cause RECESSIONS

They are the words that get you going. They make you angry, uncomfortable, or timid when you hear them, even if you don’t know what they really mean. The people and politicians who use these words know this, which is why I’m hear to help!

Gasp. Lobbyists are evil. Evil evil evil. How many times do you hear politicians talk about “corporate lobbyists” like they are the very personification of evil, second only to Lucifer in the world of politics. Here’s a perfect example in this article. If you don’t feel like reading, here’s the gist: “The GOP's Pledge to America is yet another disguise for throwing out everything America is supposed to stand for and replacing it with an undisguised scheme to sellout the public to corporate lobbyists”. Sure sounds bad right? That’s because we’re conditioned to hate corporate lobbyists, mostly because “corporate” and “lobbyists” are both frequently used buzzwords designed to make you picture awful men in suits who attend seedy strip clubs and eat babies in their spare time. Naturally calling a lobbyist evil by definition is pretty dumb. According to the wonderful internet there are 22,000 federal lobbyists, many of which have husbands and wives that love them, kids, dogs, and like college football. A lobbyist is nothing more than a liaison between a company or interest and the federal government. The government spends a good amount developing laws that have everything to do with these interests and companies, yet we expect that these organization will not have someone to help navigate the complexities of Washington DC? This article makes a perfect point when it says:

No one seems to complain about people hiring lawyers to guide them through the complex legal process or an accountant to help one understand the tax code. To an outsider, the legislative process can be just as daunting - hence the need to hire a lobbyist. Unfettered access without the middleman is fine if you have any idea what to say when you get there -- and most people don't. Lobbyists are a guide through the morass of legislation.

The next buzzword on the agenda:

Profit??? Awful, awful stuff, right? I recently watched a commercial for a political race here in Ohio. The commercial was based around interviewing the wife of an employee in a company that the candidate used to run. This candidate, according the lady being interviewed, was only interested in his company making a profit. Wait, duh, right? What exactly is a CEO supposed to be concerned about? If the CEO isn’t concerned about profit then the company will cease to exist and then EVERYONE’S job would be lost. We spend so much time tearing down big business for their interest in profit and then complain about a dwindling economy. This brings me to my next word (or acronym):

Much like a lobbyist, it seems like people who hear the word “CEO” think of people who sit behind a desk, make millions, lay people off heartlessly, and perhaps also eat babies in their spare time. I had the odd opportunity to attend a course at the University of Tennessee in the “Executive Education Center” and I can assure you every person in that class was a standup guy who works their tail off. Surely there are instances where CEOs have acted like slimeballs, but don’t tell me that the group as a whole needs to pay the price for Enron. It truly is jealousy that makes people hate these guys and gals isn’t it? I know I’d like to make that much money, but surely I don’t need to hate them for it. I like plenty of athletes after all.

This is all taking up much more space than I thought it would, so just one more buzzword:

This word has a little bit different flavor. To me it’s just more of a misunderstood word. What exactly is a recession? It’s a period of two consecutive quarters with negative GDP growth. Not small growth, not less-than-expected growth. We’re talking actual negative growth. What does that mean for our current situation? We haven’t been in a recession since June 2009. Now I know I know, it doesn’t feel like it. Unemployment is high, the housing market is terrible, and consumer confidence is low. But don’t get confused. Bad economic conditions doesn’t have to lead to misusing the term. In reality the US GDP has now bounced back to post growth in four consecutive quarters. Yup, we haven’t been in a recession in over a year.

What does all this mean? Well, it’s really just an attempt to put a little voice in your ear the next time you get sucked into believing any speech that hinges its argument on inciting your negative emotional reaction to these words. Good night! I’ll send you off with a song. 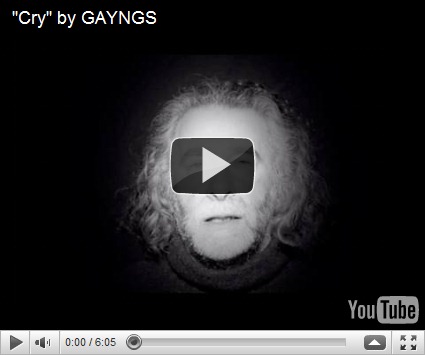