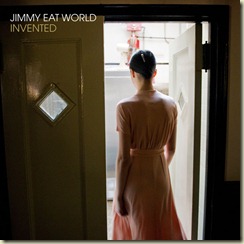 A couple weeks ago, when I was excitingly putting Jimmy Eat World in the cd player for another listen right after this new album was finally released, my wife challenged me. She asked me how I could make fun of Nickelback and love Jimmy Eat World so much when to her they weren’t that different. On a side note, I found this sexy. She rarely expresses opinions on music beyond how much she loves Mumford & Sons and how good looking the lead singer of King of Leon is, and now she was straight up challenging my burning passion for all things Jimmy Eat World. To her Jimmy Eat World sang pop rock music about emotional scenarios, which is pretty much what Nickelback does. I was taken aback at first. It was like a musical punch in the face. I have two responses to this: first, unlike Nickelback, Jimmy Eat World doesn’t pretend to be hardcore then bask in the phoniness of overwrought guitar, booze, chicks, long hair, and growly voices while singing lyrics better left to Taylor Swift. Jimmy Eat World is emo in its original form before it became a cultural thing marked by dark makeup and terminal depression. They sing emotionally charged songs for the nostalgic, sentimental college-to-30 year old fans. If you’re like me, Jimmy Eat World’s “Bleed American” was THE song when you were 16, you made long trips home to see the girl you were trying to get to marry you set to sounds of “23”, “Polaris”, and “The World You Love”, and you ventured into the “real world” for the first time while blasting “Dizzy” and “Here it Goes” on your first commutes to work. For me, Jimmy Eat World has not just produced good albums, they’ve produced albums that have defined periods of my life. Which leads me to my second point: I don’t care. In my quest to stop being a music snob and be more of a music recommender for the normal, non-pretentious person I have no problem admitting that Jimmy Eat World is not indie. They aren’t even really alternative rock. They are probably pop rock, with bent towards alt rock. But they are the best at it, and I am probably more sentimentally attached to Jimmy Eat World than any band on this planet, and like most of you more than me, I don’t give a darn what the critics think of them (they think they’re decidedly average at worst and pretty good at best, by the way). To me “Dizzy” and “23” are two of the best songs ever written. Honestly, that’s true.

Essay aside, I try to review this album without bias, however impossible that may be. So when I tell you that out of the last four albums that this is their weakest effort, I mean only to tell you that compared to three helpings of filet mignon this is a heaping portion of juicy ribeye. That’s probably because I love everything Jimmy Eat World does (except letting the “other guy” sing…I thought we got passed that a while ago guys!). On “Heart is Hard to Find”, you get vintage Jimmy Eat World, with acoustic guitars rhythmically bouncing around with hand claps, submitting to strings and Jim Adkins’ soaring vocals. This gives way to “My Best Theory”, a song that gets better the louder it gets. It’s more than just a sing along, it’s a yell along. Indeed, it’s a throwback to the days of “Bleed American”, and would probably be a favorite of those who didn’t realize Jimmy Eat World was still making music since you last hear them sing “The Middle” in 2001. Other top notch tracks here include the pulsating “Higher Devotion”, marked by the signature electric guitar, the growing up tale of “Coffee and Cigarettes”, the wooooah-oooh laden “Movielike”, the soft-spoken “Cut”, and the building “Mixtape”. The best of the bunch is “Littlething”, which builds and swarms and knocks you out. It’s a track so good that it almost feels like it must be the last track on the album, and maybe it should have been. Misteps? A couple, admittedly. Perhaps the band is just embracing their place in the music world and is just having fun now, allowing them to give Tom Linton another shot at the vocals on the worst-of-the-bunch “Action Needs and Audience”. Also, songs like “Invented” and “Evidence” come off as being completely forgettable, save for a portion for the patient near the five minute mark in “Invented”. But in reality, this is just three tracks, and filler for Jimmy Eat World trumps the work most bands put on their whole albums.

Did some of you forget that Jimmy Eat World existed? I know many must have, seeing that their only real hit is now 9 years old. But they’ve been here ever since then, providing the world and my collection with some of its best music. If you’d like to hear some great music, maybe it’s time for a little rediscovery. 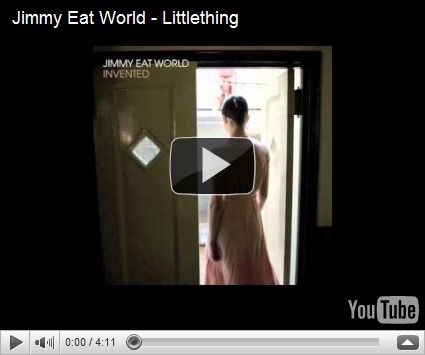 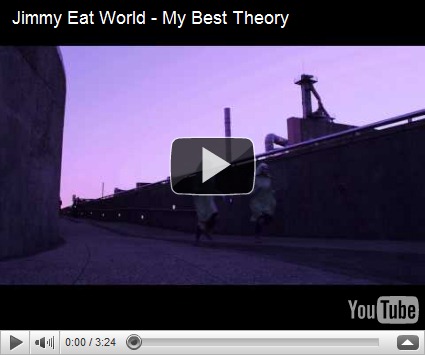