I’m Tired of Doing Homework, Let’s Do a Blog

Tucked away in my office on hour 6 of homework, interrupted only by a stop to watch Raising Hope, which, if you haven’t seen it, is the greatest thing to hit television since, uh, sliced bread?

I find it annoying when a company tells me I can "go green" when all they really want to do is save money on paper, printing supplies, and shipping costs. “Get your bill online and save a tree (and we don’t have to pay postage!)” should be the slogan.

Saw a commercial for Law and Order: Los Angeles that advertised itself using a 3-star review. That show must be awful. But even if it is, wouldn’t the advertisers just put clips up of the show and not blatantly tell everyone that the best review they could find proclaimed them completely average?

On a similar note, I think we all know that trusting the critics completely is a bad idea. But when you’re watching a movie preview the most important thing is not what the critics are saying, it’s who is saying it. If Roger Ebert gives your movies 4 stars, they’ll put that in the trailer in big letters. But if they flash up 4 stars from Connie Wendelstadt at the Tucson Daily Review that means that they best they could do was a good review from some writer in Tucson. It gets really bad when they quote some blog.

When I die I’d like a freeway overpass named after me. I always think that’s funny. The “Derek Rubino Memorial Freeway Overpass”. Yes.

Moving around lets you try lots and lots of new things. Let’s go down the list of things I’ve tried for the first time lately:

1) Dunkin Donuts – Solid coffee, not so good breakfast sandwich. I’d return for coffee and a donut.

2) White Castle – Very low expectations led to decently tasty burger morsels, but it’s not worth driving to unless you’re Harold or Kumar.

4) Panera Bread – Quite solid! And I didn’t feel like I was going to have a heart attack after I left.

5) Graeter’s – Best smoothie of my life.

Almost time to start putting together my annual list, “Derek’s Ultimate List: Best Music of 2010”. I get excited just thinking about how it’s time to start ranking the songs and constructing the list. Should I release the Top 50 in stages or in one massive post??

I’m not built for calculus. Somewhere between derivitives, the quotient rule, the product rule, the chain rule, and the power rule I felt the urge to have a good cry and run into the loving arms of a political science text book. Is it normal to fear your thesis less than calculus?

Anyone else ever try Groupon? It’s pretty cool, says I. 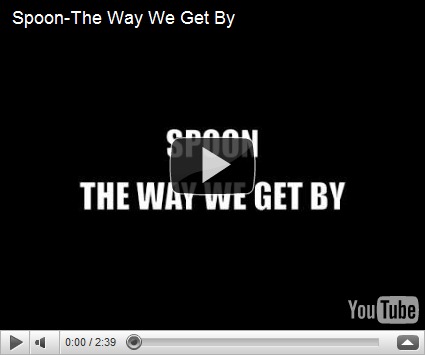