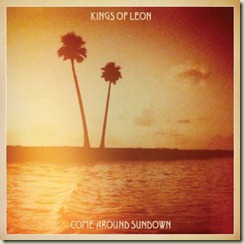 The hardest album to make is not your sophomore album, it’s the album after you get big. Some people might be surprised to find that “Come Around Sundown” is Kings of Leon’s fifth album. You might be even more surprised, if you go back to their actual sophomore album, “Aha Shake Heartbreak”, that this is the same band. Go ahead, try it.

But times have a-changed and Kings of Leon find themselves at the crossroads. They built a following with Southern rock with an alt rock flavor. The Pearl Jam of the South, I’ve called them. They started gritty and cleaned it up a tad on “Because of the Times”, then they released the more studio-friendly and personal favorite album of 2008, “Only By the Night”. Then they got huge. Ridiculously huge. “Use Somebody” was a top 10 hit in the US, Britain, Australia, Canada, Norway, New Zealand, Belgium, and many others. It was nominated for song of the year. Now instead of Pearl Jam, people were calling them U2. They had complained about not being bigger, and now they are bigger than big.

I doubt lead singer Caleb Followill is stupid, even if my wife is in love with him. How do follow this all up? How do you make an album when you already know there’s a marked difference between two separate fan bases that both adore you? How do you play to the fans who love “Charmer” and the fans who love “Use Somebody” simultaneously? While listening to “Come Around Sundown” you get the impression they did everything they could to meet in the middle. Half for the old fans, half for the new fans. Half gritty, half arena. Good song after good song, but completely devoid of a coalescent feel of an album.

Right up front “The End” is decidedly new school while “Radioactive” is decidedly old school. Both of them are good—maybe even better than just good--on their own. Neither of them feel like they should be on the same album. “Mary” and the nearly straight country romp “Back Down South” bring back the heavy Southern influences, and the fantastic “Pickup Truck” drives those Southern influences home in the best of fashion. “No Money” is old school, “The Face” is new school. “Pony Up” is old school, “Birthday” is new school. They are all over two distinctive maps.

Three stars is the only thing I could think to give an album that confuses the tar out of me. It’s a rating that balances the presence of numerous solid-to-good tracks, the lack of a consistent feel, and an understanding of what they were trying so desperately to do. When you make an album like this you’re hoping that all your old fans and your new fans find a happy middle ground, all the while knowing you might risk alienating them both. All in all, I think they did a pretty good job. It’s not nearly as good as “Only By The Night” or “Because of the Times”, but it’s yet another collection of songs worth listening to. All I know for sure is that when you hear Caleb Followill sing, voice filled with romanticized (and perhaps only partial) regret, “I hate to get so emotional/I didn’t mean to get physical…/But when he pulled in a revved it up/I seen you crawl outta pickup truck/and in the moonlight I run him down/all kickin’ and screamin’ and rollin’ round”, it’s awful hard not to love them. 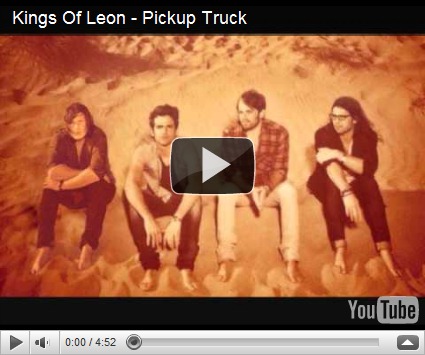