Here is the next batch of songs, which features a diverse collection ranging from the psychedelic alt rock of MGMT to the soft coffee shop indie of Mimicking Birds, with a stop for some southern arena rock courtesy of Kings of Leon along the way.

Was there a more disappointing album this year? MGMT set out to make a record completely opposite of Oracular Spectacular. The problem? Oracular Spectacular was an all-time great, and this its opposite was not all that good. Not so with “Someone’s Missing”, a slow burner with a breakout piece of musicianship tucked away at the end.

Perhaps the least likely sounding song on this least. It’s full-up revved synth and drum machine, like the rockier version of some dreamy, emo M83 song. But it’s better the louder it gets and I dare you not to like it.

Kings of Leon may have changed their sound up a whole lot since they started, but they have never lost their ability to paint a good, gritty story. In the mold of “Knocked Up”, KoL return with a southern-tinged track about jealousy. 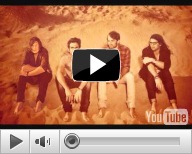 This song gave me goosebumps the first time. How’s that for high praise? The song is chill and stripped down as all get out, but at just about the one minute mark when that soft, haunting piano tip-toes its way in, it’s a beautiful moment of songsmanship. 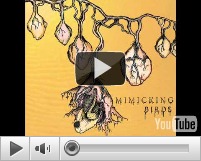 Caribou mix the alternative rock with the electronic adeptly, and while I’m sure they please many of their fans with the all electronic material, it’s songs like “Odessa”, “Jamelia”, and “Kaili” that show me that if Caribou ever make an album focused around the very best of their pop/electronic/vocal-based tracks, they could make an all-time great.

“Sprawl II” is the culmination of another fantastic album from The Arcade Fire album. And you’d have won the bet if you told me my favorite song off the album would be an 80’s synth rocker fronted by Régine Chassagne, and not Win Butler.

This song takes some commitment, but if you take the time, there’s a big payoff. A slow churner, “Dance Yrself Clean” bursts forth around the 3 minute mark and makes way for their best overall effort to date.

They might just be the best band you’ve never heard of, storming onto the scene in 2010 to prove their promising debut album was just a tease. “Madder Red” is irresistible from the first “oooo oooo ooos”.

I’ve always been more of a sucker for piano and guitar than percussion, but it’s hard not to notice the fantastic percussion put forth by the endlessly likeable Local Natives on this fantastic track.

In a busy life there’s something resonating when Miniature Tigers calmly sing “Think I’ll stay home and chill out here tonight…I need to take a break.” But push past the lyrics and look at the details: the electronic opening invokes thoughts of The Postal Service, the background vocals hint of The Beach Boys, and the oww-oooohs remind of Bon Iver.