We’re starting to get into the meat of the list now, and I’m energized by my other posts getting double the page views as anything I’ve ever written. It’s like I’m becoming a real semi-decent amateur music critic! *tear*/*sniffle* Enjoy!

Band of Horses excel at creating a mood, and that mood is at the forefront of “Infinite Arms”, the title track from their Grammy nominated album. “Infinite Arms” creates a sense of longing and will make you close your eyes and just listen when Ben Bridwell sings “when my thoughts drift to you…”.

Truth is I could put almost every song off The National album here, but I’ll focus on this one and one that is much, much higher on the list. “England” combines The National’s ability to create sorrowful tones with beautiful instrumentation. The album hits its peak when the horns come in right after the two minute mark.

Here to give me my fix of The Shins are Broken Bells, now with lead singer James Mercer teaming with Danger Mouse. “Trap Doors” is the second best track on an album full of winners. 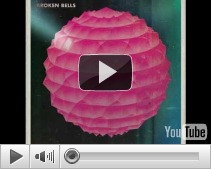 It’s possible there’s no better band consistently making outstanding music in relatively obscurity than Spoon. “Out Go the Lights” is a perfect example of what Spoon does best: create listenable pop songs with a creative depth that emerges more and more with each listen.

This one is off his EP rather than his full length, but in my opinion it’s his best. Sufjan has always had the ability to sound loving wounded and timid, but he has never sounded more fragile than when he apologetically sings “oh I never meant to be a pest to anyone this time/no I only meant to be a friend to everyone this time”. 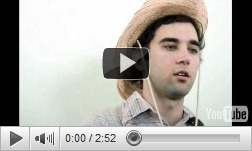 We didn’t get any new Bon Iver this year, but we did get the indie debut of Bon Iver’s drummer, S. Carey. “In the Dirt” is good enough to be a standout out on a Bon Iver album in itself, and shows that there’s more talent rolling through that band that you may have imagined.

This free online download turned into a couple weeks of repeated play. Between the horns at the beginning and the small dose of piano combined with the striking storytelling, this song takes off.

I’ve never been Vampire Weekend’s biggest fan, having not truly liked any song off their ballyhooed debut other than “M79”. But now we have “White Sky”, and this might change everything. The song is impossible not to sing and bounce along too. It’s a little taste of joy wedged in between a song of social commentary and one about a broken horse.

This song is beautiful in its simplicity, using nothing much more than an acoustic guitar, xylophone, soft drums, and vocals to create this gem. This one is full to the brim with moving imagery. 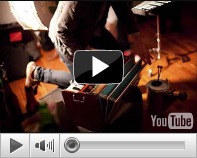 21) William Fitzsimmons – “Just Not Each Other”

Heartbreak is his specialty, and it’s quite clear that Fitzsimmons went through something pretty terrible before creating this album. “Just Not Each Other” is the second best track on the album and it’s good enough to be ranked this high. Your heart will break right with his when he muses “we’ll love again/just not each other”. 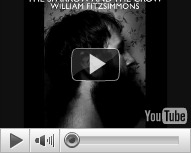