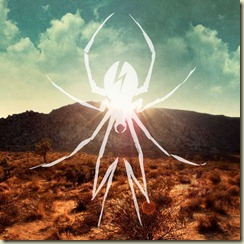 I always say that I’m open to any song in any genre no matter what, because good is good and every genre has their artists who are talented and every genre has their artists that are, well, sub-par. So even as an indie/alternative fan I like that hip hop has Kid Cudi and Girl Talk and I like that country has Nickel Creek and Lady Antebellum. Does the same go for pop punk/emo? Yes, it even goes for emo. In a genre where copycatting is basically all there is—each four piece pop punk band following the same screaming-followed-by-a-sensitive-piano-piece script—My Chemical Romance has stood just above the rest. Their last album, “The Black Parade”, may have just been the masterpiece of the genre, somehow weaving a sort of quirky concept album into an emo rock opera.

Can they strike gold twice? I always assumed not, since you got the feeling listening to “Black Parade” that they had hit their peak. Their newest album, the verbosely titled “Danger Days: The True Lives of the Fabulous KIlljoys”, henceforth referred to as “Danger Days”, can only be summarized as an aptly over-the-top valiant effort, that despite it’s solid tracks falls short of sky high expectations set by their last album. That doesn’t mean the album is bad—it’s not—it’s just still a significant step down, unfortunately. Part of the problem is the album’s frontloading, which bursts forth with the unashamed “Na Na Na (Na Na Na Na Na Na Na Na Na)”, the equally energetic “Bulletproof Heart”, the melodic crowd-pleaser “Sing”, and the roaring synth rocker “Planetary (GO!)”. It’s a bruising start, but it’s unsustainable as the album drifts into forgettability during the middle portion. Challenging “Planetary (GO!)” for the album’s best track is the much more ear-friendly “S/C/A/R/E/C/R/O/W”, which is followed by positively un-punkish sounds of “The Kids from Yesterday” and “Summertime”.

All in all it’s a decent showing full of about seven real solid tracks. But in between those seven tracks are a half-cracked attempt at a post-apocalyptic theme (complete with a fictional radio broadcaster pretending to playlist you through the apocalypse) and five real dud songs. “Black Parade” this is not, but there’s no reason to avoid it completely. It’s a solid three-star effort and MCR are still probably the best the genre has to offer. 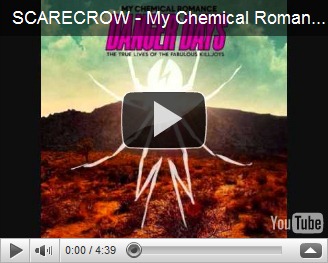