Alright folks here it is! These are, in my opinion, the ten best songs released in 2010, ranging from Interpol’s great comeback to a song by an electronically focused alt rock band that dominated my car’s cd player this year. Give them a listen and let me know what you think. Thanks for reading!

Welcome back, Interpol! I was a freshman in college when their sophomore album sucked me into fandom. Then came their unfortunate third album and I wondered whether I’d buy Interpol again. But now they are back, and boy did they blow me away with this one. “Memory Serves” might just be the best song this band has ever put together. 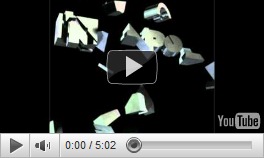 Listen up anyone looking for the next big thing. Here it is. Local Natives. I can’t possibly imagine someone not liking this band (I’m sure it’s POSSIBLE, but you’d have to try). On “World News” they showcase their Southern California vibe, Fleet Foxes harmonies, and lyrical mastery. And I can vouch that their live performance was one of the best this year.

Welcome to 2010’s best study song. How good is “The Loop”? One listen on their Myspace and I bought this band’s entire album. Mimicking Birds’ style could easily be boring, but Portland’s Nate Lacy never lets this happen, layering the album with beautiful melodies and paying attention to the intricate details. If you’re in the mood to chill, this is the song for you.

Welcome to my life, Yeasayer. Last year I’d never heard of them, now I own both their albums, which collectively have five four-star songs. “Strange Reunions” might be a rough first listen or two, but give it a real shot and it will show you how it synthesizes alt rock and a Middle Eastern vibe to perfection.

Separating these three tracks would be like naming your favorite chapter in a book; to remove one of them from the album would be to completely lose the effect they have the whole production. Stunning 2009 album “Hospice” came into my hands in early 2010 and gets about as much play today as it did back then. It focuses around a dying woman in a hospital and is utterly heartbreaking, with internet message boards filled with stories of people crying mid-album with surprising regularity. “Kettering” sets the stage with its dark, electronic crescendo (“but something kept me standing by that hospital bed”), “Bear” sets the heartache in motion (“and our friends they dodge our calls and they have for quite a while now”), and “Two” drives it on home (“the doctor came to tell me ‘enough is enough’”). Rarely can an album elicit the same kind of emotional response that only some movies can, but with these three songs “Hospice” certainly can.

Why is it that country music is the only genre that is allowed to cover topics like fatherhood and marriage? The National emerge with such a sense of vulnerability on their songs, allowing you to sense the feelings of self-doubt that plague them when they admit “I do not want to disappoint anyone…” with gut-wrenching sincerity. “Conversation 16” is an amazing song on its own right, but it also serves as the top track on the year’s top album. Worth a listen or five. 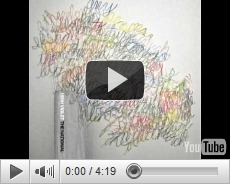 I would wager of any song in my top 10 that this is the one that most people would like. And why not? The song is perfect, both in its lovability and its quirky bits, featuring plenty of xylophone and banjo. The song is endlessly fun to sing along too and doesn’t skimp on all the fantastic details, whether it be the irresistible electric guitar, the all-together-now refrain, or, of course, the banjo. 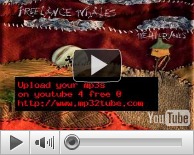 When this band abandons the dance scene (which they are also very good at) for just one brief, soul-baring moment, they create the world’s best songs. Just try “All My Friends” or “Someone Great”, songs that are equally musically adept and distinctly moving. So now we have “I Can Change”, which joins the ranks as near equals to those two masterpieces. When James Murphy sings “but she calls you tonight, everything is all-all-all-alright” it’s easy to get lost in the song. 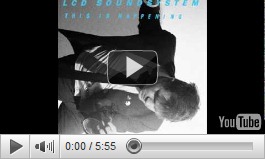 Purists will tell me the proper year this song came from, but there’s a disclaimer for that at the beginning of the list. There’s just no way I would avoid sharing this soft, moving piece of music that dominated my iTunes this year (iTunes says 39 plays for me, most of 2010). This song proves that you don’t need to make it complicated, and for the rest of my life I may remember the perfection of hearing this for the first time in a snowy Idaho lodge.

I’ve never had a song like “Jamelia” be #1, usually opting for emotional softies to fill the tops of my lists. But “Jamelia” just flat out overwhelmed me this year, and any song that can leave me turning up the volume full blast and singing at such a level as to frighten drivers who pass me on the freeway deserves its place. What word to describe “Jamelia”? Swarming? I barely know. “Jamelia” builds and builds on the back synths, reverbed vocals, haunting strings, and ingenious electro creativity before breaking forth into the most furious and amazing portion of any song at the 1:45 mark. I implore you to give this one a go at full volume or, better yet, a good pair of headphones or you just don’t get the full effect. Any one of the top 5 could have been #1, but “Jamelia” takes the prize for that simply amazing middle portion. 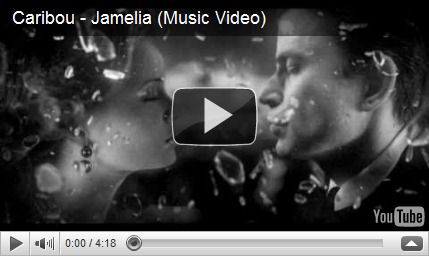