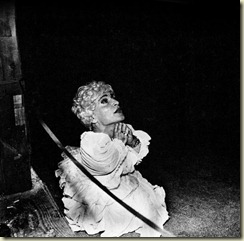 If you took a look through many year-end top ten lists in 2010 you’d see a few common themes. The first would be that 2010 was dominated by The Arcade Fire, who managed to get nominated for the Grammy’s best album award in the main category instead of the alternative category. The second theme you might have picked up on was the essentially universal acclaim that was given to “Halycon Digest”, the newest album from a band that has been around for 10 years making music that never interested me one bit. Good news though: the universal acclaim was warranted.

Much like some of my very favorite bands (Radiohead, Grizzly Bear, etc), Deerhunter approach music with a whole lot of creativity and unique sounds without forgetting to add just a touch of pop. The best of example of this is in “Helicopter”, which I already placed very high in my 2010 best tracks of the year list. Fortunately for us the album is full of good songs beyond the best track. Take “Earthquake”, for example", whose dark moodiness builds into the perfect album opener. Other standouts include the stellar “Fountain Stairs” and “Memory Boy, which feature great guitar work, and the fantastic “Desire Lines”. And is that little saxophone in the muffled “Coronado”? Yes it is.

“Halycon Digest” was a welcome surprise for my collection from a band that I always associated with oddness well before listenability. But if you’re comfortable with the songs below, you’ll definitely enjoy the album. Highly recommended.