Project Holly? My Wife Picks Her Top 10 Songs of the Year in a Guest Blog

She’s the most important person in my life, and the one who tolerates the endless playing of music everywhere we go. Not only does she allow me to soundtrack every minute of our lives, but she’s also obliged me by going above and beyond and picking not only her top ten songs, but also doing it with special explanations and extra categories. What a woman!!!

1) Mumford and Sons “Thistle and Weeds”

---played on repeat too many times to count. Turn it up loud. I even learned one of the piano parts for this. :-)

---makes you happy, they were awesome in concert, it reminds me of running or walking to Albertsons in Mountain Home, Idaho

---listen to the drums…holy cats!, the chorus is awesome, it contains a line that really hit home for me when friends left and then I had to leave the rest of them L “Try to hold it together till our friends are gone.”

---wow this is on caliber with some of the top Michael Jackson songs (at least to me). Just try not moving to this….oh and it has a huge band with strings in the background….and man can he sing

---that intro gets in my head and I can’t help but sing along, so here you go yeasayer….you made it because of your ridiculously catch intro

---I love singing the chorus. It reminds me of going skiing with Mitch (yes, that’s a shoutout to Mitch for taking a very very beginner skiing who held him back significantly). 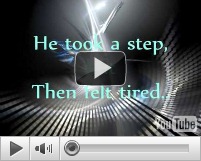 ---watched a youtube of this one live…it looked like it would be so exciting with the lights out and then not having them on till he comes in to rap. Cee Lo Green’s chorus pretty much makes the song.

---I think Derek playing it nonstop makes it worth making the list. Some songs are good and some are good and remind you of a time. This fits the latter category.

1) Mumford and Sons “Sigh No More”

Top 5 Most Fun to Sing

3) Broken Bells “The Ghost Inside”

Best concerts----Mumford and Sons at Sasquatch (impeccable performance and a spot where I could see the lead singer…..), Local Natives at Sasquatch (they were just really good), Yeasayer in Colombus, OH (funky, but good. Awful outfits though ;) )Kid Cudi/LCD Soundsystem/Deadmau5 (best dance parties of Sasquatch), Wintersleep in Kentucky (impressed me with how professional and polished they were musically).

-“You are tiny and your lips are like little pieces of bacon” from Avi Buffalo’s “What’s It In For” HA HA! This song always makes me think it’s MGMT….sadly it’s not.

-“You will pray to the God you always denied.” from Mumford and Sons “Dust Bowl Dance”

Can’t help liking it---Rihanna “Only Girl in the World”

That came out of nowhere---Gorillaz “Pirate’s Progress”