Unspoken Driveway Clearing Competitions and Other Bits of Randomness

So I live in this good old midwestern Ohio neighborhood now. Being that it’s January you can imagine that the neighborhood is blanketed with snow and that this snow sticks around for quite sometime as the temps struggle hard to get above 20 degrees. Last week we got about five inches of snow in total. Being a good Washington boy, I hid inside the warmth of my overheated house for days at a time, emerging only to risk my life driving to school, doing my very best to avoid two equally dangerous kinds of people: those who drive 75 on the freeway despite the snow, and those who drive 25 on the freeway because of the snow. Anyhow, each day that went by I was able to get my car into my driveway before scurrying indoors as soon as possible. Why shovel the driveway when it isn’t inhibiting pulling in an out? The answer to that question appears to be an unspoken social norm that leads people to clear their driveways and return them to immaculate summer condition. As I drove out of the neighborhood yesterday I realized that there was only one other house whose driveway was not sparkling clean. This is the same neighborhood where brown lawns were rampant just a few months ago. So this sums up the social norms of an Ohio-based neighborhood as far as I can understand: 1) Thou must clear your driveway at all times as perfectly as possible and 2) Who gives a hoot about your lawn.

Another year, another lost football pool. I’m pretty confident I watch more college football than anyone in my entire extended family, probably by a good amount too. It seems that knowledge is a disadvantage when trying to predict the tendencies of 18-22 year old football players. ARMY won a bowl game. ARMY. Ridiculous.

You know it’s bad when the website Everything is Terrible (which posts the very worst of old VHS tapes), names it’s #1 worst video of the year, and it’s one of my childhood tapes. Never occurred to me until later how creepy the blue faced walking hymnal Psalty was. 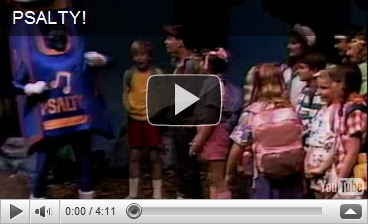 Am I the only person who passed calculus, looked back, and wondered what in the world that was all for? Oh, I can find you an integral, but I can’t tell you what it is.

The next time you hear yourself say “just sayin’” to someone, I recommend you look at what you just said. It probably wasn’t nice. “Just sayin’” has quickly become my least favorite phrase. It basically goes something like this: “I think you’re a big fat idiot…just sayin’”. See also the phrases “not to be rude, but…”, “no offense, but…”, and “…I’m just bein’ real with you”. 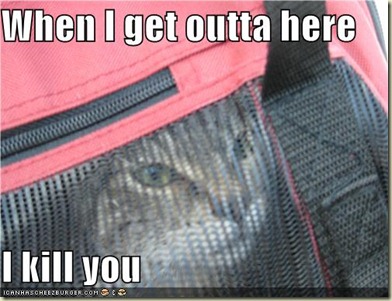 Time for the first 2011 song recommendation! Never heard of these guys before about a week ago, but I’m looking forward to checking out their debut album. Check out what the lead singer looks like. Bet you didn’t picture him looking like that! 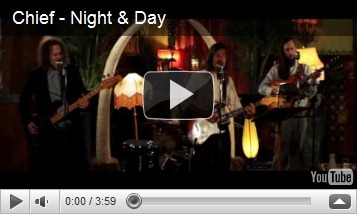