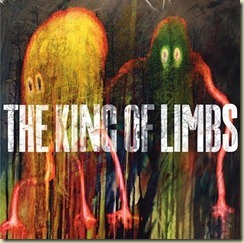 I have a long-standing rule with Radiohead: form minimal first impressions and don’t begin to judge until at least the fifth listen. It’s a necessary approach when dealing with a band that shape shifts as often as they do or when listening to music that is so heavy on the details that each and every listen elicits a new discovery.

“The King of Limbs” welcomes you back to the Radiohead that’s best played with headphones on in a dimly lit room. The quick-playing eight track album goes easy on the pulsating rockers, instead focusing on the sort of backroom electro-experimentation that Radiohead has dealt with before, but, as always, never in quite the same way. From the first sweeping of piano on album opener “Bloom” to the gentle guitar that makes closing track “Separator” so great, Radiohead once again manages to make an album devoid of any bad songs. I  suppose that’s good news when you release an album with eight tracks.

The strength of this album lies directly in the center, where “Lotus Flower” and “Codex” make up a back-to-back song pair that are ready for immediate entry into a Greatest Hits mix. “Lotus Flower” is sweet relief to the ears as you listen to Thom Yorke’s falsetto echo over the sonic symphony. Once again, as often is the case, there’s more here every time I hear it. My personal favorite, though, is “Codex”, which makes an immediate jump into the Best of 2011 potential crowd as we close February. The piano. That voice. The hint of strings. Two months into the year it’s the best song so far.

Do I even begin to make comparisons to other albums? I think I still prefer In Rainbows, but will I in six months? I have no idea. What I will say is this: if for some reason you are not a Radiohead fan yet, you might want to work your way up to this one. If, however, you are a Radiohead fan, you should have no hesitations adding this to your collection. After four or five listens, you won’t regret it. 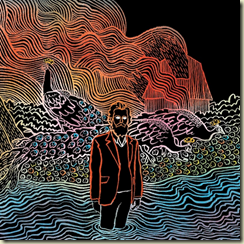 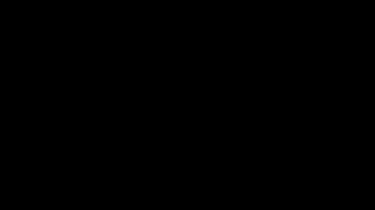 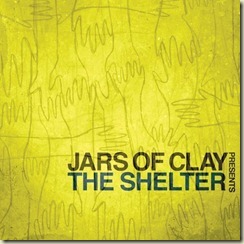 One of the main privileges of writing your own music blog is that I get to decide what music I review. Since my style caters to reviewing the convergence zone between pop and independent, this usually just means that you’ll see both Jimmy Eat World and Deerhunter on here. But this also means that you’ll get the occasional Christian music review since 1) I am a Christian, 2) I like music, and 3) there are a few exceptions where there’s some truly good Christian music. Surely most of the talented Christian artists have abandoned the classification partially due the unfortunate pressure that some Christians put on Christian artists (see: Derek Webb getting kicked out of Christian stores for using the word “whore” in a Biblical context and Jars of Clay getting pressured to boycott Disney). In the end we’re left having to “discover” that members of Switchfoot, Lifehouse, The Fray, Anberlin, and Mute Math are indeed Christians, that their music is full of moral messages, and that they, like me, believe that it’s perfectly okay to be a “Christian who makes music” rather than someone who makes specifically “Christian music”. Actually, in many ways discipleship is easier and more far reaching with that perspective, since bands like Lifehouse find themselves opening for the likes of Nickelback.

Lest this turn into more of an essay than a Jars of Clay review, let me state that Jars of Clay are a Christian band and, as far as I know, that includes title and all. They are also my longest running “favorite band”. That’s right. Times have changed, I’ve grown older, my music tastes have changed, and only one band has remained truly constant. Many may have forgotten by now that in 1995 they had a song reach #37 on the Billboard charts. I was 10 then, and that’s about when they first entered my top lists. And to this day “Boy on a String” is and always has been a five-star song.

How does studio album #9 stack up? Not bad actually. Boosted by two outstanding tracks, the upbeat “Small Rebellions” and the pensive “Shelter”, the album tracks along about as well as any of their recent work. “Shelter” keeps alive a trend of at least one four-star song per album across their entire career. By now I’ve stopped expecting/hoping that they’ll match their first two albums, but if you like the rest of their stuff you’ll find plenty here to enjoy. Other standouts include “Call My Name”, “We Will Follow”, “Out of My Hands”, and “Run in the Night (Psalm 27)”.

Jars of Clay are, in my mind, the best Christian band of all-time. They are band of such considerable talent and consistency that I have no doubt that they could have had a mainstream career if they wanted it. Thankfully, for me selfishly, they did not. Jars of Clay has been there for me spritually so very many times when I needed it and their place upon my list of favorite bands of any type is very secure. Can’t wait to see them live for the first time next week.