Lots of ground to cover in this edition! But hey, five short snippets are probably more readable than one long drawn out review. And, while I’m at it, let me extend my thank you to those who like and read my extended reviews in all their intimate detail and glory. You are the coolest 23 people ever. On to the music!

Wikipedia says that Radio Dept is a “dream pop band from Lund, Sweden”. Frankly, that sounds terrible, don’t you think? Well don’t judge an album by its Wikipedia introductory sentence. First off, I’d have gone with indie pop as a better description, though I imagine the word “dream” refers to the hazy atmospherics that the band uses on fantastic tracks like “David”. Elsewhere, album opener “Domestic Scene”’s soft guitar and hushed vocals will get under your skin and “Never Follow Suit” is catchy as all get out. The album is a little too inconsistent to move into special territory, but a good Radio Dept song ranks right up there with the best. 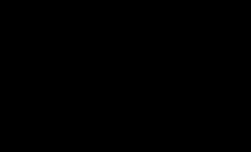 I have a hard enough time understanding the appeal of dubstep to even try to understand the concept of “post-dubstep”, a genre apparently headlined by the talents of the young brit James Blake. Right now he has the #9 album in the UK and, once again according to Wikipedia, the #1 album in Belgium. Go figure. Consider this album more of a study in musical experimentation than something you’ll play regularly. Perhaps in the right mood…lazy rainy day, night drive, etc…the album would have appeal, but I caution recommending it to the listener at-large. However, Blake does have some musical chops, best on display in “Wilhelm Scream”, “I Never Learnt to Share”, and Feist cover “Limit to Your Love”.

In my mind the first 25 minutes of The Decemberists’ “The Crane Wife” is indie gold, and The Decemberists have made their mark with wordsmith-y lyrics and concept albums. Unfortunately they miss the mark on “The King is Dead”, giving merely more than a few pretty good singles and a minimally cohesive album that barely warrants repeat listens. “Don’t Carry it All”, “June Hymn”, and “Rise to Me” may get some iPod shuffling play time, but the album as a whole has already taken a back seat in my collection. 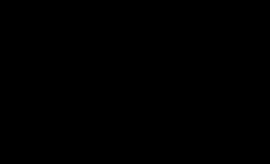 Learn from my mistakes. Just because one song tempts you with it’s soft piano, growing strings, and non-sensical yet highly singable lyrics (“turning black tables, and you’re turning black tables”), that doesn’t mean you should just go drop $7.99 on the album. “Black Tables” is worth the $1 investment, but beyond “E Minor” the album is a snoozefest of slow-to-mid tempo mediocreness. The band has some potential buried in there, but until they bust past the monotony I just can’t suggest it.

I won’t ever pass for a hip hop reviewer, but I know enough to know that Odd Future Wolf Gang Kill Them All (OFWGKTA), led by members with names like Earl Sweatshirt and Hodgy Beats, is not the music you want your mom to catch you listening to. So here’s the interesting part: within OFWGTKA you’ll find 23 year old Frank Ocean, an individual that has written for Justin Bieber and Beyonce, was arrested just three days ago, and had such a bad/nonexistent relationship with his record company that he simply gave away his record on his webpage. Oh, and one other thing: it’s really good. NPR writes that “the hype for Nostalgia, Ultra is well-deserved” and I won’t stand in their way, even if more than half the songs aren’t my cup of tea. But when he hits his stride he hits his stride, namely on “Songs for Women” and the absolutely mesmerizing reworking of Coldplay’s “Strawberry Swing”, truly one of the best tracks of the year. The lyrics strike a chord in me, and probably will in anyone who has moved around and left the people and places they love: 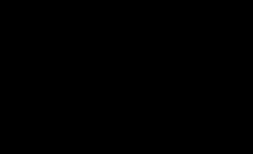