While full scale reviews and end-of-year lists are the primary mission of this blog, I just can’t help but share individual tracks as a find them. There are some blogs that do this around the clock, but I figure I can share with you only the best of indie/alt rock/folk findings, trimming off the fat. Think of yourselves as the beneficiaries of my endless Saturday morning music search parties.

She hit the big time last year, but Florence + The Machine are now readying their next album. This song is certainly a good sign, as it may be her best song yet (apologies to “Cosmic Love” and “Hurricane Drunk”). You have to stick around on it, as it builds and builds and builds. Gotta love the harp AND the free download.

My sister gets credit for this song, which she sent to me under the assumption that I had heard of Radical Face before, which I hadn’t. But I’m glad I have now, as the Eliot Smith-y hushed chorus leads into a surprisingly rousing chorus. The song is “Welcome Home”.

Amazon.com is giving away a promotional free track from folk/country songstress Sarah Jarosz, and I’m happy to recommend it for slow summer driving.

One of the best parts about loving small bands (along with the $15 concerts) is that they’re often trying to get their sound out there, meaning they see the mutual benefit of free music. So they give this song to you, and you, in turn, are aware of Typhoon’s existence and might just tell your friends how much you like their track “Starting Over”. (Their best song is “Starting Over”, but you have to buy that one. You won’t regret it though!)

Finally, another embedded track for the ones who like this blog so much they don’t want to leave it!  I dare you to not like this song. 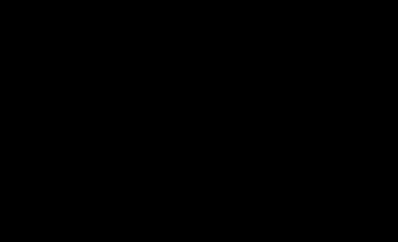 Checking in to a Sad, Neglected Blog With a Couple of Tunes (War on Drugs, The National, Wires in the Walls, and Coldplay, for your listening pleasure)

I’ve recently highlighted an assortment of good albums from the likes of Foster the People and Bon Iver, and noted the pretty goodness of new My Morning Jacket and Death Cab for Cutie. But there also have been a solid array of individual tracks that have caught my attention, and. if you have a few minutes, I think you’ll like them as well.

The owner of last year’s best album, The National, released a track called “Exile Vilify” for a video game, showing the world that this band writes better off-album tracks for video gamers than most tracks write as lead singles. Check it out at Soft Signal for a free download.

Next up is a track from growing favorite War on Drugs. The song is called “Come to the City”, and comes at you with racing percussion, great guitar work, and a psychedelic touch. Check it out here for a free download at Pitchfork.

The song that’s been carried with me for weeks now really comes from left field, as it’s not listed on youtube or Hype Machine to even give you an easy listen. But it’s called “Soft Shirt” by Wires in the Walls, and it’s amazing. You can find it here, and if you get a free account you can grab the free download as well.

Aaaaaand, since maybe you aren’t feeling in the mood to click on a link, here’s a nice embedded video for you. Did you know that Coldplay released an EP? And that it has three good songs? And that this is the best of them? Sometimes a band needs to look backwards to move forwards. 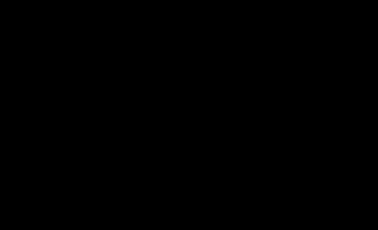 Until next time oh loyal readership!

Here is the album for the fans of the in-between; those who, like me, love to toe the line between the catchiness of pop and the originality of indie. Here is the album for those that loved MGMT’s “Oracular Spectacular”, but mostly just the singles. Foster the People may be the biggest buzz indie band of 2011 (who knows how to judge these things), gaining gigs at festivals and earning VH1’s “You Oughta Know Label” in the process. It’s even possible that you’ve heard “Pumped Up Kicks” before.

Regular readers of this blog know that gaining a little popularity will not keep me from making a recommendation, and that I’m here to let you know whether or not certain albums are worth your time and money, not try to pump weirdness down your ears (though sometimes a little weird is awesome!). Well, ladies and gentlemen, this album is worth both your time and money, but act fast while you can still play it during the summer at high volume. The rhythm and electronics are infectious, carrying tunes like “Helena Beat” to near-special levels. But it’s decisions like the horns and swarming group falsetto that take over the end of “Houdini” that take this album to the next level. And if you’ve heard “Pumped Up Kicks” before, you know that it’s dang near impossible not to tap your toes.

The album is not without its missteps, but even less interesting songs like “Life on the Nickel” still fit well into the context of the entire album. Overall Foster the People show an impressive knack for taking an late 80’s/early 90’s sound and mixing it together with a modern approach, pop sensibilities, and surprising hooks. Although “Helena Beat” and “Houdini” are my current flavors of the week, there are actually two other moments on the album that cement it for me. The first comes on “Call It What You Want”, a pulsating tune of self-awareness. They ask “’Now what’s your style and who you listen to?’”, before squealing “who cares??”. I haven’t seen this much self-awareness since LCD Soundsystem spent 8 minutes on “Losing My Edge” trying to figure out how to be cool to hipsterdom. The second moment comes at the very end, when, after 33 minutes of energy, a lengthy synth opener is cut by the simplest piano bit. Taken on its own it may lack that special something, but as an album closer it’s a perfect move.

There is always a danger with bands like Foster the People that they’ll be too weird for the pop crowd, but too poppy for the indie crowd. Ignore those sentiments, because it’s both. And it’s good.