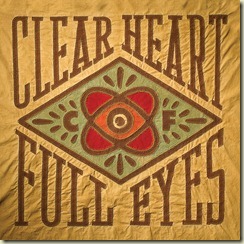 The best lyricist in music today is Craig Finn. If you don’t believe me, check out “The Cattle and the Creeping Things” and it’s take on on the creation story (“I guess I heard about original sin. I heard the dude blamed the chick. I heard the chick blamed the snake. And I heard they were naked when they got busted.”). For years he’s brought his talents—as well as his nasally voice and normal-guy image—to The Hold Steady, a band that you either already love or need to start loving. I’ve seen The Hold Steady twice, and would see them many more times. See, it’s true, I have pictures: 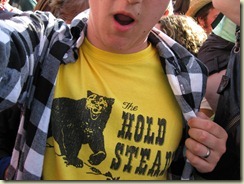 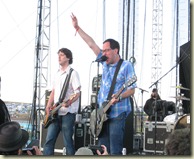 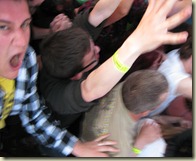 Ah, but we’re still talking about Craig Finn, so the moments are still there: the smooth guitar as he takes a night drive down the Australian coast in “Apollo Baby”, the way he flips the story on the “hero” in “When No Ones Watching”, and the poignant storytelling of days gone by and the people we lose touch with or who disappear from our lives on “Jackson” (“Someone said he ended up in Denver/Someone said he went to Kansas City/Someone said he went off the deep end/Some said he was livin' there already”).

Ever-present in Finn’s narrative is a religious influence that underlies much of his writing. “Jesus is a judge/and he’s kind/and he’s just/forgives us for our avarice and lust” he sings over steel guitar on “Western Pier”. On “Honolulu Blues” he sings “the cross reminds us that he died for me and you”. Heck, there’s a whole song called “New Friend Jesus”.

The real strength of the album is at the back and the front. “Apollo Baby” and “When No Ones Watching You” start it off right, but “Rented Room” and “Balcony” really bring it home. Musically, “Rented Room” is the best, building slowly over a story of a lonesome man, living in a rented room and drinking at a bar where the drinks are cheap and they leave you alone. “Balcony” is about as country as it gets, which actually fits Finn’s great handle of lyrics and storytelling.

This is not a masterpiece by any stretch, but it’s still an admirable addition to the collection for any fans of Finn’s work. And if The Hold Steady’s harder stuff is too rocky for you, you may find something to love here. Start with “Apollo Baby” and “Rented Room” and work your way from there.