Hello friends and family! So today was the day that we departed Ohio on our long six day haul to Arizona. But the time has come, so myself, Holly, and Jalapeno loaded up in the car, and headed off to cross five states in one day. 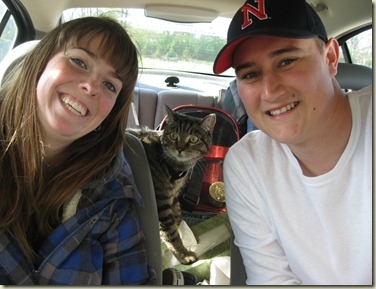 From Ohio we headed south to Louisville, KY, where we crossed over the Ohio River and feasted on Taco Bell in a place actually called Floyds Knobs, Indiana. It was about here when Jalapeno decided to stop growling at us and just enjoy the ride. 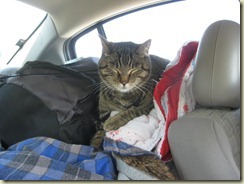 We took a little unplanned detour through the town of Santa Claus, Indiana after a quick Wikipedia search showed us how unique the town was. We got in a quick hello to Kris Kringle, and moved along our “merry” way (ha ha ha…). 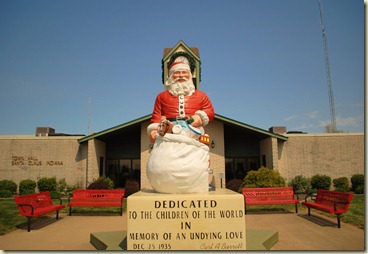 Our first planned stop was at Abraham Lincoln’s Boyhood Home. Now that we’ve been out in the Ohio area for a while, we’ve learned about the controversial claiming of Lincoln. Illinois is the “Land of Lincoln” because it was there that he found political achievement. But Lincoln was not born in Illinois, he was actually born in Kentucky, which has it’s own memorial. And where would Lincoln probably tell you he grew up? Indiana. It was in Indiana that Lincoln spent his formative years, and we visited the National Monument dedicated to him. 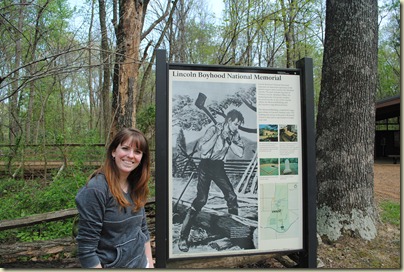 The remains of his cabin: 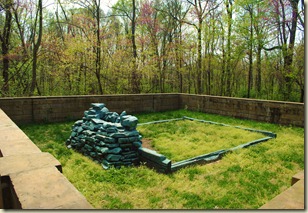 A wonderful path on the grounds: 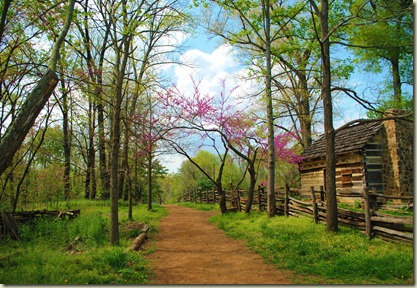 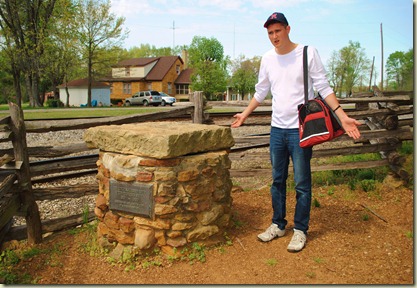 Hiking with a cat! So manly… From Indiana the route took us into Illinois, where the drive turned less than pleasant. Holly wasn’t supposed to smile for this pic… 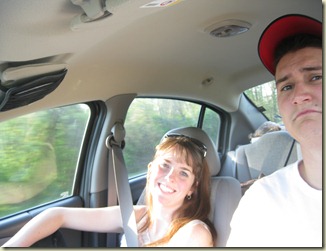 Thanks to our friends Jared and Chrissa, we were able to pass the time by listening to a hilarious Brian Regen comedy album.

Tomorrow we tour the Ozarks, so for today we arrived in Missouri in time to watch the sun go down, which was gorgeous. 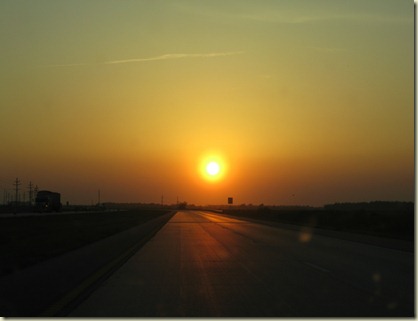 Now here we are, ready to slumber in our glorious, cat-friendly Drury Inn, which to me sounds like an awful name for a hotel, but it’s very nice nonetheless. Tune in tomorrow for Day #2 “Ozarking!”. Yes, I have already given all of our days cute nicknames.