How do you know when you’re getting west? The Hardee’s become Carl’s Jr., that’s how. It was on a little road in Oklahoma when we spotted our first Carl’s Jr., and in that moment we knew we were getting back to the coast where we belong.

Today started in Fort Smith, Arkansas, famous for True Grit and for being the second largest city in Arkansas. It also has a gas station that reeked so much with the stench of a thousand dill pickles and 80 year old mold that I couldn’t even be in there long enough to buy coffee.

Fort Smith also has, you guessed it, Fort Smith! We made a morning stop to take in some history and get a stamp. 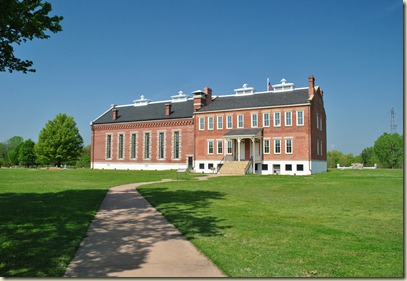 Props to the Fort Smith NHS for incorporating newfangled technology! Using a QR scanner on these posts brought up a (terrible) youtube video on my iPhone. Bravo! 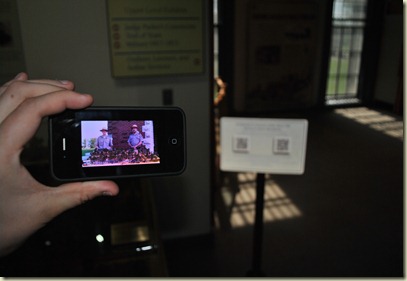 A little bit outside of Fort Smith, Arkansas, right after we crossed the border into Oklahoma, we hit I-40, which is where my GPS told me my next movement would be 400 miles. I complained a little bit. Then a lot of bit. Then Holly told me I would make the pending awfulness a self-fulfilling property. Then we tried to make the best of it. Thankfully for us, the cat is adapting wonderfully to the car on day #3, making it his new home. If day #1 was the “yowling” day (thanks for the word, Lily!), and day #2 was the vomit day, day #3 shall henceforth be the day when we barely knew there was a cat with us. 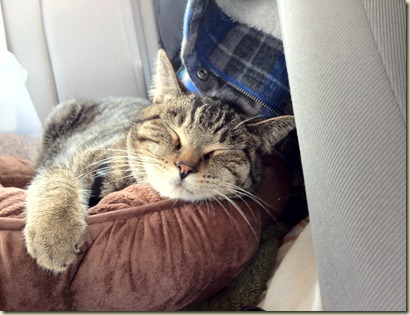 Another piece of good news. It was the first time we saw Arkansas, and the first time Holly had seen Oklahoma, meaning she could mark off our states in our tracker map. 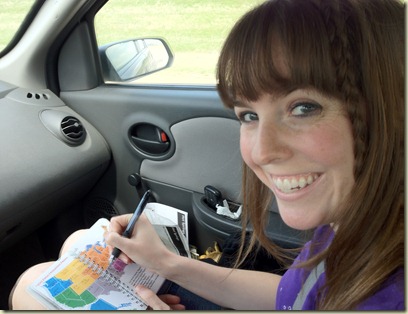 We didn’t plan the whole time to stop by the Oklahoma City Memorial, but we’re glad we did. We pulled off last minute and walked the grounds. 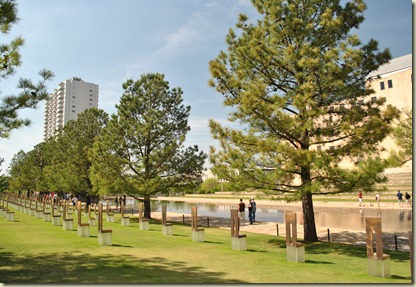 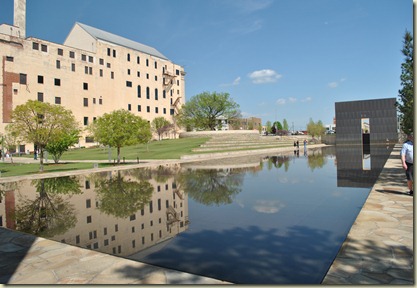 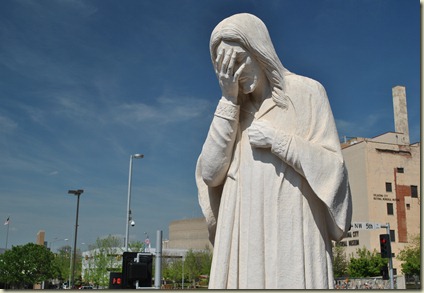 Very touching and well done memorial. Glad we stopped by.

On the way out we happened accidentally upon something else. Thievery discovered! Guys, I found out where they put the Sonics!

One traffic jam and one very long detour at a Cherokee Indian gift shop later, we entered Texas. How do you know you’ve entered Texas? I present three pieces of evidence:

1) Speed limit on a backcountry road immediately goes up to 70 MPH.

2) Upon crossing the border, you immediately see a electronic sign warning the country that Obama’s hero is Stalin.

3) There’s a store called Naggles Snappy Sak. Holly and I couldn’t figure out what part of that store’s name sounded the dirtiest.

I also experienced great pain. Although a Protestant, my Ohio church is doing a form of Lent, and I gave up soda. The Dr. Pepper cravings have been killing me. And what does one place have the nerve to try and serve me?? A Dr. Pepper Icee!!! C’MON!!!! Pastor Gil never prepared me for this level of temptation! 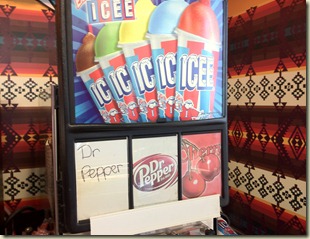 I wish I had more pics for you, but let me assure you if you ever drive from Elk City, TX to Dumas, TX, there’s nothing there. Tomorrow the fun continues with Day #4, Return to the West.

I hope New Mexico and Colorado are kinder to my car than the bug-infested skies of Arkansas, Oklahoma, and Texas! 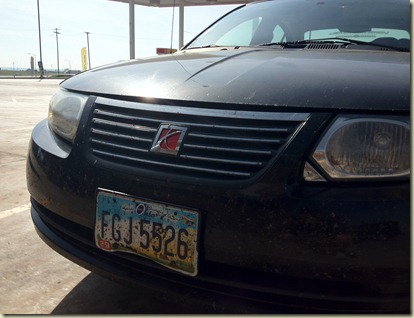