Bloc Party is Back, Maybe 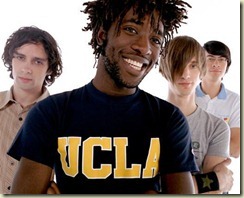 Back in college I first heard Bloc Party’s “Helicopter” and even had a chance to see them live. In those days Bloc Party was a new band on the block, and their debut album was good enough to put them on my favorite bands list. I likely had visions of anticipating every Bloc Party album for the rest of my life. However, this was not to be. After “Silent Alarm” came the disappointing “Weekend in the City” and even more disappointing “Intimacy”. I can’t speak for their newest album, yet to be released, but their softer, moving new track “Day Four” is probably better than anything on their previous two albums.