I’m going to blame my absence primarily on an intense Beach Boys obsession, which I think will eventually lead to a blog series once I head out on a work trip to Alabama that will leave me by myself in a hotel room for two months. But the release of the recent amazing Passion Pit album got me thinking how I couldn’t even think about reviewing it until I get caught up on a lot of the things that I haven’t got to. And since I think people mostly like the quick and dirty anyhow, I give you the summation rather than the whole scoop on the following album released recently:

Santigold – “Master of My Make-Believe” 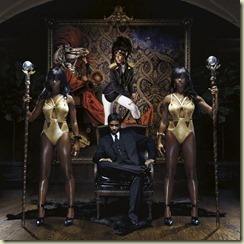 Santigold’s genre-defying brand of music works once again, but probably not to the same amazing four-star level she displayed on her previous eponymous album. Despite it’s inconsistency, there’s still amazing tracks here, primarily “Disparate Youth”, featuring an irresistable guitar riff over the chorus. “Go!”, featuring fellow female powerhouse Karen O, and '”Big Mouth” round out a powerful trio of winners, but the rest of the album falls a little flat. 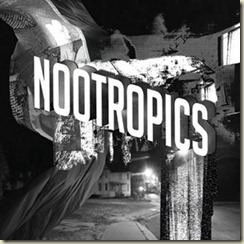 I practically bought this album on strength of lead single “Brains”, and then went and made it official when I heard “Propogation”. Lower Dens’ brand of atmospheric indie rock won’t be for all, and the album tends to blend together in it’s weakest moments, but there’s something undeniably great about the hazy atmoshperics on “Propogation” or the Thom Yorke-ish power on “Lamb”. The best of the bunch is almost certainly “Brains” though, a racing, building track coming to year-end lists near you.

Regina Spektor – “What We Saw From the Cheap Seats” 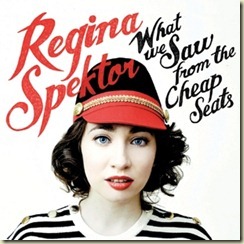 My love affair with Regina Spektor started from the moment I first saw a video of the Russian cutie’s “Fidelity” years ago. Her blend of quirk and pop is immensly loveable, and she has won me over time and time again. That said, I feel this is her weakest effort, which is disappointed considering the first track I heard (“All the Rowboats”, an ode to inanimate museum objects) is one of her best. But beyond that, only really “How” and “Firewood”, a couple of softies, really grab attention. 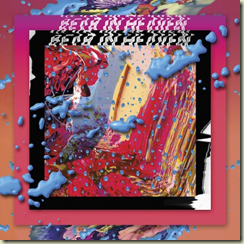 Synths! So many synths! Straight out of the 80’s, Bear in Heaven are an indie rock band caught in the wrong decade, but that’s fortunate for us when they’re at their best. Their best is “Reflection of You”, a song most surely to be in the running for my top 5 songs of the year (“I wanna run to you/but my legs won’t respond”). They continue their powerful, moving blend of synth rock on “Sinful Nature” and “Kiss Me Crazy”. Unfortunately the album lacks a lot of diversity, dragging it down a few pegs. But those three songs are worth the attention. 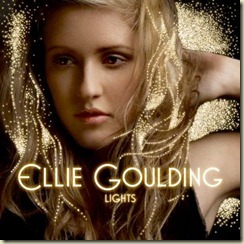 This review is way behind, but her slight emergence in popularity has motivated me to write the review. This is mostly because as close as Ellie is to being pure pop, I want to throw in my own endorsement, for what it’s worth. Not everything is perfect here, but Ellie’s unique (and strangely attractive) vocals and fascinating craftsmanship on song’s like “Starry Eyed” and “Under the Sheets, as well as pop gems like “Lights” show great skill. She even manages to sucker me in on a song like “The Writer”, which is a simple, standard pop song I’d otherwise ignore except for Ellie’s touch.

That’s it for now, folks. Full reviews for Frank Ocean and Passion Pit forthcoming. It’s also worth noting that personal favorite The Antlers released a good four-song EP. It won’t warrant a full review, but it’s once again full of good songs, since The Antlers were blessed with a superpower that prevents them from knowing how to write a bad song. (Seriously, PLEASE spend $2 on “I Don’t Want Love” and “Kettering”! This blog has been trying so hard to convince you. It’s sad. Humor me!) Thanks for reading!