We’re about to get into a couple of months that should be nothing short of spectacular for music if track records mean anything. Here’s a group of bands coming out with albums in the coming months:

Yeasayer (21 August): Yeasayer just released their third album a couple days ago and I haven’t gotten the chance to enjoy my new purchase yet. Coming off the fantastic sophomore album “Odd Blood”, the more consistent follow-up to hit-and-miss “All Hour Cymbals”, Yeasayer has developed into one of the better experimental-but-not-too-experimental alt rock bands out there.

Minus the Bear (28 August): After a series of top notch albums, including Planet of Ice—a personal all-time favorite—Minus the Bear try to follow up “OMNI”, an unfortunate dud with a few good moments but an overall feeling of disappointment. Minus the Bear always have potential for some the best alt rock out there.

Animal Collective (4 September): Following up an album that just about everyone loved (Merriweather Post Pavilion”) and song that topped just about every chart (“My Girls”) is going to be tough, but if I learned any lessons from that album to apply to the new one, it’s that I need to listen about 9 times before I cast judgment.

The xx (11 September): The xx’s last album took indie music by storm, with it’s chilled out moody tunes becoming the soundtrack of night. Here’s to hoping they catch lightning in a bottle twice.

Grizzly Bear (18 September): How in the world do you follow up “Veckatimest”, another personal all-time favorite? I guess we’ll find out. Trying to lower my expectations, because “Veckatimest” is one of my most consistently played albums in the last few years.

Muse (18 September): There was a day when Muse was my favorite band, and I still have a huge soft spot for them, especially their music from “Absolution”. Their last album certainly had it’s moments, and their new album hints at a dubstep flavor. One thing’s for sure: good or bad it will certainly not fail to be interesting.

The Killers (18 September): It’s been a slow decline for The Killers over the years. “Hot Fuss” is a masterpiece, “Sam’s Town” was good and underappreciated, “Day & Age” was merely okay. I hope the pattern doesn’t continue, because good music by The Killers is about as good as it gets.

Band of Horses (18 September): Everyone know “Funeral” and their album “Cease to Begin” contains four five-star songs. Their last album was also great, and I’m confident I can count on BoH to keep releasing a stellar balance of northwest indie and alt-country. 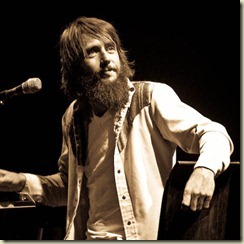 Green Day (25 September): I’m not a huge Green Day fan, but I’m probably enough to check out the new album. Or make that album. On September 25th Green Day comes out with the first of a three-part series of albums to finally follow up the massively commercial success of “Jesus of Suburbia”.

Freelance Whales (5 October): Their lukewarm live performances soured me a little bit over time, but there’s no denying I want gaga for Freelance Whales’ debut album. Looking forward to seeing what they come up with for their sophomore try.