Minus the Bear – “Infinity Overhead” 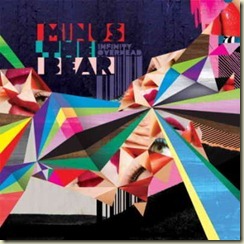 To this day Planet of Ice is one of my very favorite albums, with every song invoking vivid imagery of Salt Lake City in the winter and southern Idaho in the spring. I discovered Minus the Bear a little out of order back then, and Planet of Ice led me to Minus the Bear’s previous album, the nearly-as-great Menos del Oso. For a couple of years leading up to 2010, Minus the Bear was firmly entrenched as one of my favorite bands. Then came “OMNI”, an okay but overly disappointing foray into attempted popularity, and containing a distinct shortage of memorable songs other than “My Time”. I saw them live for the first time a few weeks later, sitting through a curiously uninspired festival performance that made me second guess leaving Mumford & Sons playing at the other stage. All this left me a little torn, and I had to wait until recently for 2012’s Infinity Overhead for something new. In the meantime, Planet of Ice and Menos del Oso received continued plays, and OMNI descended further into obscurity.

Infinity Overhead presents itself an interesting follow-up to OMNI. The obvious attempts to crossover that plagued OMNI are missing, but the return to their previous songwriting is only half-hearted. And sadly, half-hearted is a good description for the album as a whole. Fortunately, half-hearted Minus the Bear still warrants some attention, and there’s certainly much to like here. Primarily there’s “Diamond Lightning”, important because despite my uninspiring buildup in the first two paragraphs, it’s truly one of the greatest songs they’ve ever written. Brimming with heart and dripping with trademark Minus the Bear guitar work, “Diamond Lightning” soars, combining all the best elements of their greatest work (“Throwin’ Shapes”, “Pachuca Sunrise”, etc.) into a masterpiece. It’s a tragedy the momentum doesn’t continue.

Don’t get me wrong. The peril of discussing mediocrity by a great band is the potential for making it sound like it’s bad. But mediocre Minus the Bear can still be very good. The more upbeat “Toska” is outstanding, “Lies and Eyes” is solid, and the softer “Heaven is a Ghost Town” pushes Jake Snider’s vocal register. “Empty Party Rooms”, “Zeros”, and “Cold Company”? All good. So while it probably doesn’t sound like a good thing calling an album the third best of the last four, understand the context: Planet of Ice and Menos del Oso are alternative rock masterpieces. That’s not hyperbole…I believe that through and through. Infinity Overhead is not earth-shattering nor is it a masterpiece, but there’s still plenty to like here, and listening to “Diamond Lightning” is a must. 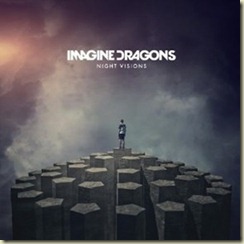 From the first minute I heard Imagine Dragons’ “It’s Time” I thought they had the elements to be pretty big. Here’s a band that’s probably different enough to be considered alternative rock, has the vocals to appeal to mainstream rock, and has the melodies necessary to garnering a surprise pop hit.

So here’s where the blog steps away from indie weirdness for a moment to deal with a potential crossover hit. Word on the street (aka, my brother) says that Imagine Dragons have managed to be covered by Glee only weeks after their debut album was released. I’m also pretty sure I’ve heard them in multiple trailers already. Since the Las Vegas foursome brings the synth-tinged modern rock, the obvious comparison is The Killers. Imagine Dragons are grittier on the vocals and generally more sensitive, which I believe will keep them from ever getting serious critical credibility.

Night Visions is inconsistent, but it’s highest moments are excellent. “Radioactive” is pounding and powerful, and could have some staying power. The hazy layered vocals and production values actually help this track soar. “It’s Time”, a personal favorite, rings through hammered dulcimer and hand claps to present a stirring rock piece. Lyrically vague yet relatable, an us-against-the-world vibe, and uptempo we-can-do-this attitude? It could be big, in a popularity sense.

I was surprised that beyond the first two major releases there was actually still plenty here to like. “Tiptoe” sandwiches the two more obvious hits with a synth-heavy track built for live audiences. “Amsterdam” lighten the mood a touch, “Every Night” plays up the sensitive side almost to fault but manages to sway even my own lonely heart, “Bleeding Out” brings back the hazy vocals of “Radioactive”, while “Underdog” breaks the mold entirely. “Underdog” is not my favorite track here by any means, but their ability to suddenly shift from the fringes of over-sensitive rock to a synth-driven oh-oh-oh-oh-aaaahs of “Underdog” says a lot about why I’m willing to let my indie guard down here. So yeah, the lyrics of “Demons” may be stupid, “On Top of the World” might sound straight out of 1998, and a nine minute dual track to close out an album like this may be unnecessary on this kind of album. However, I’m guessing that you’ll find something to like here. Call it the 2012 version of NEEDTOBREATHE, offering just enough of something different for me to let it get into my life. 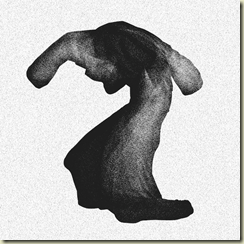 A couple years ago, Yeasayer’s “Odd Blood” was a surprise addition to my collection, ranking near the best of the year as an album and providing some of the year’s best songs, including “Strange Reunions”. The album brought an almost Middle Eastern flair to experimental rock—as bad as that potentially sounds—and represented something completely unique. It was quite different from Yeasayer’s slightly more “out there” debut, and represented a move towards more widespread accessibility (though you could argue that their debut had the highest highs, like this one). Now Yeasayer attempts to follow up their foray into a broader audience with their third album, “Fragrant World”.

Still focusing on their synth-heavy experimentalism, the Middle Eastern touches are essentially gone here. But while “Fragrant World” might not stack up quite as favorably against “Odd Blood”, the album still has some stellar moments. Best of these moments is album opener “Fingers Never Bleed”, a song about white collar crime of all things. Here it all comes together, though, carried by a rush of synths propped up against a softer keyboard and pleasant melody line. The album’s strong first half is continued through “Longevity”, a bass-heavy, herky-jerky track and much more melodic, falsetto-tinged “Blue Paper”. The second half of “Blue Paper” and the entire front portion of “Henrietta” showcase the more experimental side of Yeasayer, though “Henrietta” devolves into an catchy electro-dreamy bit, perfect for night driving. The electronic focus continues on the not-so-immediately gratifying “Devil and the Deed”, which like the following track, “No Bones”, displays impressive grasp over a style of music I’m not personally a fan of. However, both of these songs, have grown on me. Two of the more grinding, electronically-focused songs that are the most successful, “Reagan’s Skeleton” and “Folk Hero Shtick” are better because they don’t forget to mix catchiness or quirk with their experimentalism. In that sense they don’t distract from the album like, say, “Children” and it’s awfulness distracted from “Odd Blood”.

Yeasayer have always been hard to peg stylistically, I’ll grant you that. This is both their strength and weakness, I suppose. It’s possible to be a fan of all three of their albums, as I can personally attest, but they genre-shift to the point where their commonalities are difficult to ascertain or describe. In other words, it’s difficult to believe the almost pirate-sounding elements at the end of “2080”, impassioned romantic vocal elements of “I Remember”, and gruff industrial elements of “No Bones” could possibly come from the same band. Because of this it’s hard to say what their “best” album is, though my initial reaction is to put it in the middle of the three efforts. Regardless, songs like “Blue Paper”, “Longevity”, “Folk Hero Shtick”, and especially “Fingers Never Bleed” are certainly worth your attention.