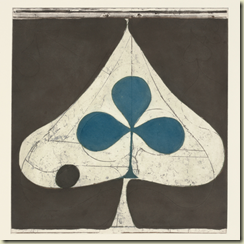 The only reason I’ve delayed on this review is because I wanted to make sure that it’s as good as I initially thought it was. My conclusion? It’s better.

Grizzly Bear is the biggest music regret of my life. I hadn’t yet discovered Veckatimest a few of years ago. While attending a festival the heat caused my wife and I to head to the shaded comedy tent instead of trying out Grizzly Bear. Later that year Veckatimest was one of my favorite albums of the year, and I didn’t attend a concert that was happening a thousand feet away. Shameful. It hurt because Veckatimest was so good. And Shields? Shields might be even better. As the days go by I find myself enjoying this album more with every listen. In what I call a good problem, it’s given me another serious candidate for album of the year.

Grizzly Bear benefits from an important great decision. Their sound is a little more lush, a little different, but largely the same in all the important ways. In other words, just different enough to not be a copy cat, and just the same enough to maintain everything that made Veckatimest one of the decade’s best albums. It’s the perfect amount of differentiation. The amazing chorus of “A Simple Answer” is the perfect example. A simple beginning followed by a swarming chorus, bolstered by a subtle whistle of electronics and guitar. Instead of ending the song, “A Simple Answer” enters an impassioned echo over piano. It’s six minutes of bliss, deeper and lusher than anything Grizzly Bear has written. Moreover, it’s not even a shoe-in for the best track. There’s also “Yet Again”, one of the most accessible tracks of their career, emotionally moving and sincere, containing a perfect mix of listenability and fantastically interesting music. “Gun-Shy” introduces something fairly simple—a dreamy, psychadelic guitar touch straight out of The Verve or War on Drugs—and it serves as the underpinning for the night-driving song of the year. “Sleeping Ute” and “Speak in Rounds” are in the mold of classic Grizzly Bear, but spare no punches themselves. “Half Gate” is sweeping. Album closer “Sun in Your Eyes”, the seven minute long, is the perfect concluding crescendo to a nearly perfect album, devoid of anything sub-par tracks.