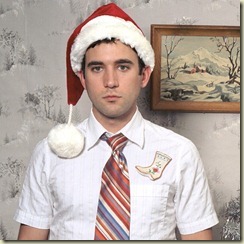 Saturday’s are usually my days to catch up on music reviews and recommendations, and since I’ve come down with the flu, I expect this Saturday to be particularly productive. I want to start by recommending a couple songs that may have flown under the radar or are not part of overall album reviews:

Wasn’t all that impressed with their whole EP, but this single track shows a whole lot of promise and I’ll definitely be checking out their debut album whenever it comes out.

It’s simple and interesting all at the same time, and it also features a mandolin, so what’s not to like?

A true indie pick. Found this one sifting through a bunch of blogs and thought I’d share.

A lightning rod of criticism earlier in the year, Lana returns with “Ride”, and it would have been a contender for best track on her album.

Sufjan is about to release a massive Christmas collection that will be overwhelming to even the most dedicated fan. But his first single gives reason to pay attention.