I don’t really know why I wrote this blog other than to get some of my thoughts out there. I write these lists and I take them seriously, and it means a lot to me that some of you take them seriously too, but sometimes I really do look back and wonder how I could rank things the way I did, and then I feel like I’m lying if I don’t correct them. Anyhow, the 2012 list is a nightly project now, and I hope you all enjoy it and find something that sticks with you for years to come. 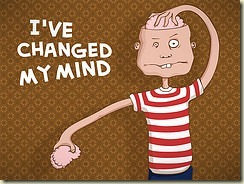 As I started putting together my 2012 list, a long process in itself, I stumbled back upon my 2011 list. It’s really amazing what a year can do. Some songs you can hear a song and immediately love it, only to never listen to it a year later. Sometimes a song much lower on the list transforms into a song that will stick with you for a long time. With that in mind, a couple of things that came to mind about my Best of 2011 post:

--Wow, 2011 was a ridiculously good year for music. 2012 pales in comparison. Basically my whole top ten albums here would place in the top 3 or 4 this year.

--Where I really missed was on M83. I don’t listen to a whole lot of albums like Hurry Up, We’re Dreaming, and I probably didn’t recognize exactly how amazing the album was. Sure I gave it high marks, but that album has grown and grown on me, and I’m pretty sure it should have been #3 last year when I look back. Giving it 3.5 stars was a bad move by me. I’d give it 4.5 if I were to reevaluate it today. Similarly I missed on the song “Steve McQueen”, a song I recognized as great enough to put it at #20 for the year. Now I have it as a five star song. Context: the same song I called #20 of 2011 alone, I now consider one of the best 81 songs of all time.

--Way down at #31 was a song called “Television” by You Won’t. That song has grown tremendously on me as well, and I would put it much closer to the top 10. I still have it in regular rotation.

--NEEDTOBREATHE’s “White Fences” was also a song that continues heavy in my rotation, and I had it #33 below a lot of songs it’s better than.

--One song I’d move would be Death Cab for Cutie’s “You Are a Tourist” at #13. I still like the song, but it’s staying power wasn’t there. I barely touch that whole album, really.