EuroBlog! Days 8, 9, & 10: Walking in the Steps of Lady Sybil, Insanity in the Peak District, and On Towards Scotland

Lack of an internet connection does quite a number on blogging. So do late night returns. But given the cottage we stayed in last night, I’m totally okay with not having an internet connection! Tonight I write to you from a B&B in Inverness, Scotland, waaaaay up north. The last time I wrote we were leaving the Cliffs of Moher in Ireland, so getting here has been quite the story. 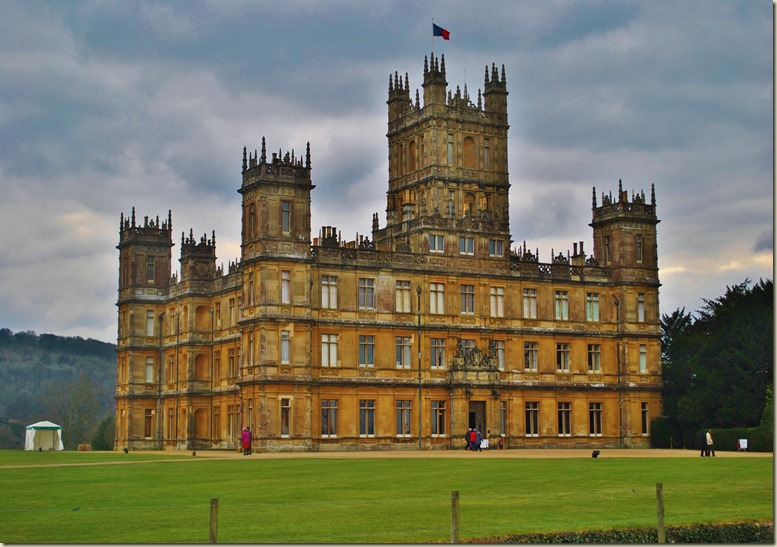 Of course, the true reason for visiting Downton Abbey is to walk in the footsteps of Lady Sybil, the Goddess of Downton, or something like that. Sometimes I have a hard time following the show because it’s hard to pay attention when an angel speaks…*

*In case you’re wondering, Holly is highly aware of my feelings towards Lady Sybil AKA Jessica Brown Findlay. I cash in my She-Won’t-Shut-Up-About-Christian-Bale points.

If you didn’t get to see us attempt to recreate the Downton Abbey opening (and fail), it might be worth a watch.

After Highclere we made our way down to Stonehenge, which was only 45 minutes away. The classic shot: 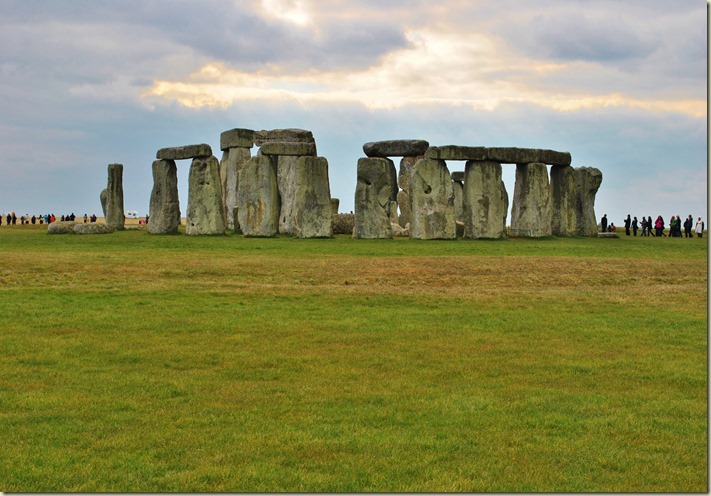 We then dined in Salisbury, where I ordered a steak, hence a “Salisbury steak”. At least in my mind. It wasn’t actually called that. What I actually ordered was the Mixed Grill, which was actually referred to as the “unhealthy option” by the waiter, who also took the time to check up on my progress eating the preposterous meat platter, and egging me on.

The next morning we started off on our Scotland road trip, which involves a great number of detours. We started off at Chatsworth House, the inspiration for Pemberly in Jane Austen’s “Pride & Prejudice” and the filming location for the Keira Knightley version of the movie. Holly—who had the Sherlock place in London already showed her penchant for reading books at actual locations—popped our her book and read. 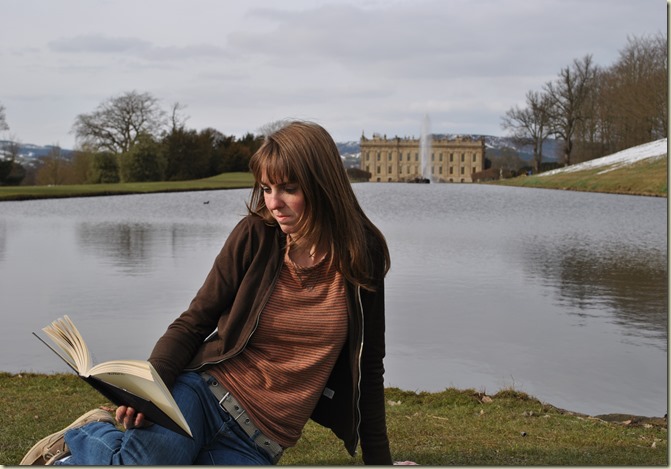 By the way, before you go thinking that Chatsworth is just the second stop in a chick tour of England, this house was ridiculous. Better than any palace or castle or mansion I’ve seen. 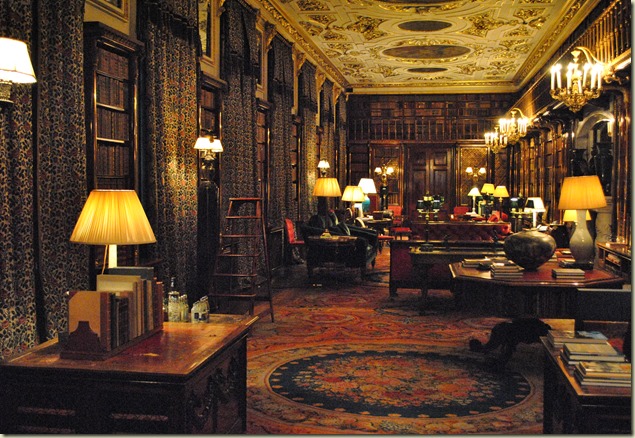 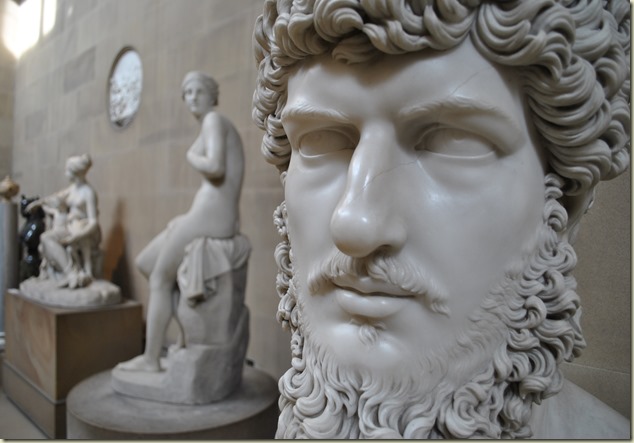 Okay, so here is where the day got crazy. Story time folks! So for some context, Holly wanted to see this thing called Stanage Edge, which the Keira Knightley character stands on during the movie (and the song that played during our wedding played during that scene). The place was supposedly close so we made our way to where the internet told me to go. Then it all went wrong. Or right. I don’t even know anymore. We ended up on a street barely big enough for our car. Confusion led us to a tiny church in the town of Hathersage, which is pretty remote. We stumbled upon three locals, one of whom was a raving fellow in a USA ski cap, who told us he had a lot on his mind because of problem in his personal life. He also shared his time in Seattle with drug dealers. Interesting!

Then the bizarre happened. First, he randomly pointed out that Little John (of Robin Hood fame) was buried at this church. So random. We literally came to this nowhere town by accident. 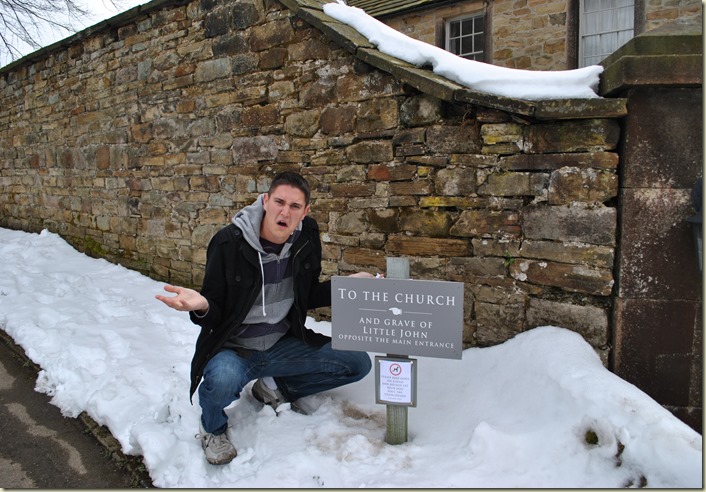 So then one of the people gives us directions to Stanage Edge, which turn out to either be incorrect or we followed them wrong. We turned up a road that turned out to be a private drive covered in snow, and when we tried to turn around we got stuck. Like, really really stuck. It was a nightmare. Abandoned country road. Snow. Mud. Spinning tires. We a lot of pushing and 30 point turns, we managed to reverse down the steep hill before getting stuck in front of a local man’s house. Him and another man walked out, thinking they’d help three stranded folks literally pushing their car. But what did he do? He told us to be careful of his flowers, then stood their angrily watching us attempt to get unstuck, as if we were stuck on purpose. It was crazy.

Finally, we got out. It was exhausting, and we ended up meandering down to the town of Glossop to look for a place to stay. We tried a first hotel, no luck. And a second. And a third. Then a frickin’ Travelodge. Still nothing. We went zero for eight. Our last desperate call went to a B&B just out of town. Wouldn’t you know they had two rooms.

And this is where greatness happens. It had been an upsetting period of the day, and all I wanted was a sweet British lady to take care of me. This is where Julie comes in, proprietor of the Allmans Heath Cottage. 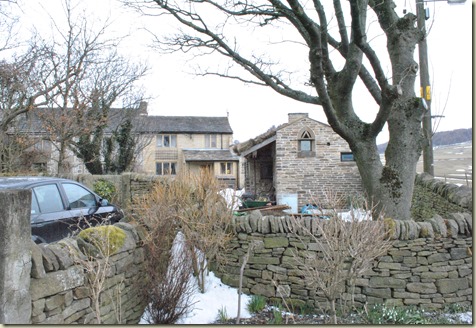 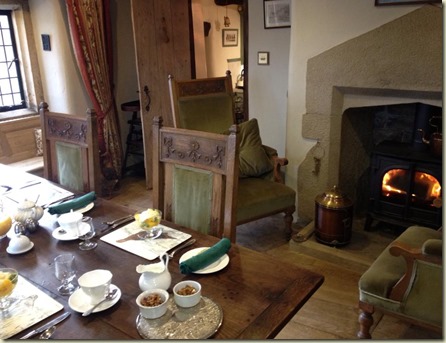 The place was cozy and perfect. It barely felt real. She had a fire going. She’d lived there her whole life. She only had one rule: “Make yourself at home”. Hanging in a corner, tucked away, was a plaque showing she was a finalist for the whole district’s “Friendliest Landlady Award”. Unreal. And how did this crazy night end? Unable to find a place to eat dinner, we ended up at a Chinese place above a bar, where we ended up inside someone’s birthday party singing Happy Birthday in the dark while downing Chinese food on Easter Sunday. 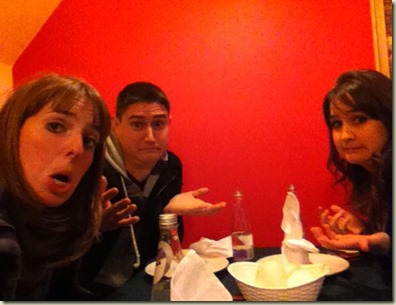 When I get home Julie and her B&B are getting five stars on Yelp, Google, TripAdvisor, and anything else I can find.

This morning (we now have reached today), we kept heading north, detouring through the snowbound Lake District National Park. 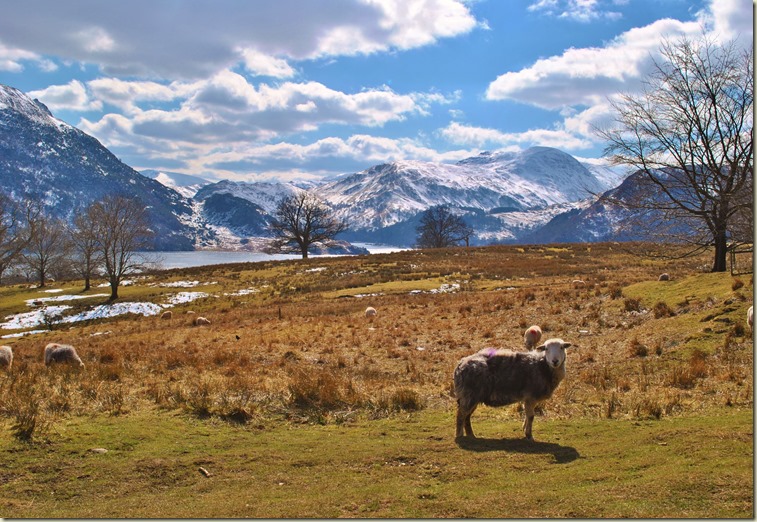 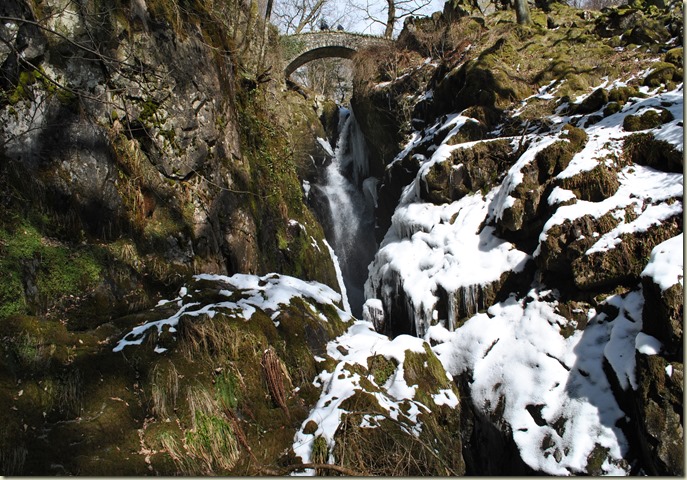 A long drive up to Scotland, and we headed past Glasgow and to Loch Lomond. 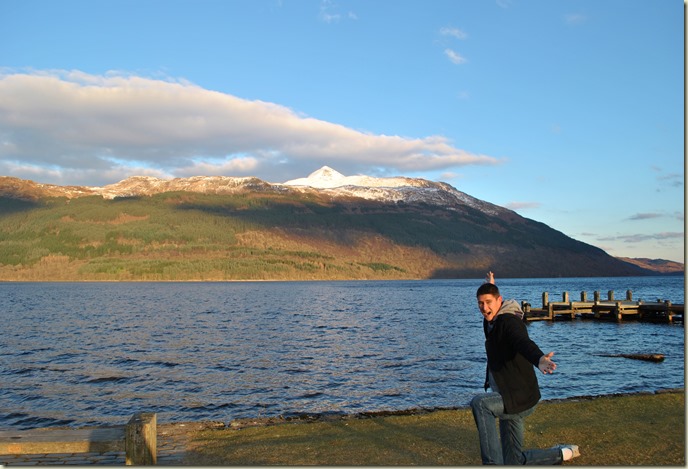 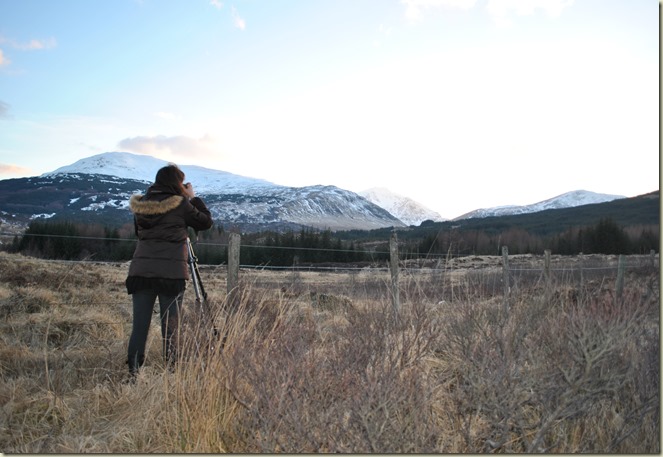 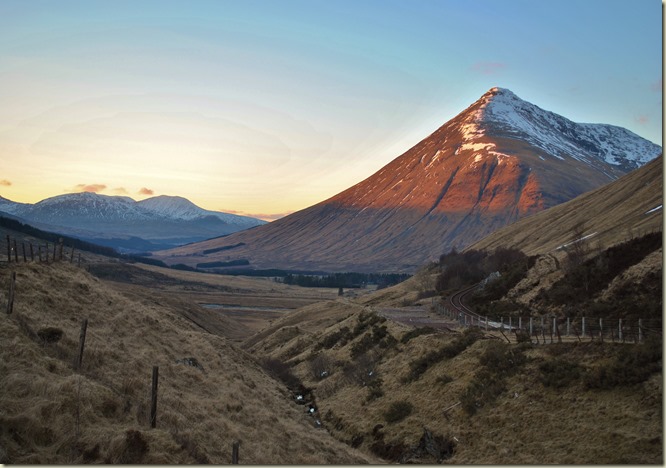 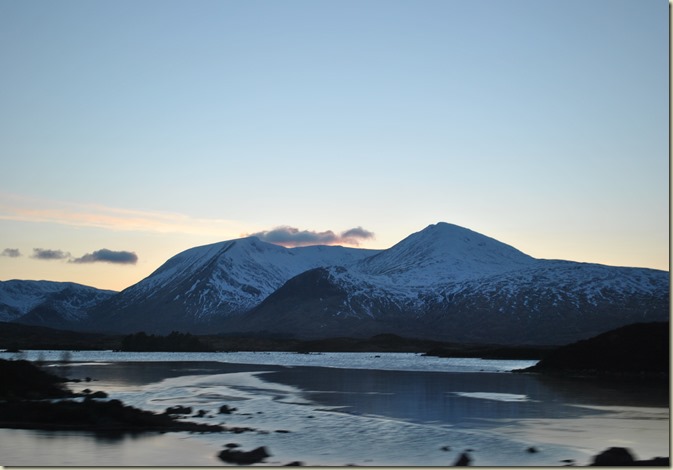 In a strange way to close the drive, we ended the day by driving to Inverness via Fort William, which appeared to be on fire:

So that was our last three days…amazing scenery, stuck in the snow, cruel people in Glossop, the nicest landlady in history, beautiful national parks in the snow, and some of the most fun you can ever have. And it’s all led us to here, a Bed & Breakfast near the shores of Loch Ness, Scotland.