The National – “Trouble Will Find Me” 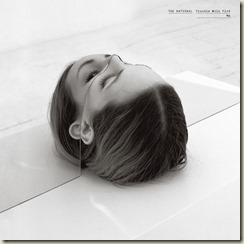 I normally don’t review albums this quick after the release, but seeing that I can’t turn it off, I think I’ve had enough listens to allow for making an assessment. Bottom line up front? The National have done it again, and in my mind have now cemented themselves in an elite group of consistent, dependable, amazing bands in the indie/alternative music circle. I still remember a couple of years ago when I lived in Idaho and purchased new music from Minus the Bear and The Hold Steady. Since I already had free shipping on Amazon I tacked High Violet from The National onto my order. That year High Violet ended up being my top album, and 2010 was a very, very strong year. In between now and then The National released two unbelievable non-album tracks, “Exile Vilify” for the Portal 2 soundtrack and “Think You Can Wait” from the movie Win Win (#2 for 2011). Now they return with Trouble Will Find Me, and the result is a second consecutive masterpiece.

The National succeed because they deftly and sometimes subtly excel in so many area. Their music never lacks for melody or feeling, but they never stray towards schmaltz. Matthew Berringer’s lyrics are heartfelt, but are often weighed down by feelings of anxiety or regret. He manages a personal relatability rarely found in a genre that is often lyrically nonsensical, existential, political, or some other kind of –al. Berringer’s deep vocals—a unique identifier for the band that is also simultaneously the hardest thing to get used to—bring a certain charm to the self-deprecation and lack of confidence he so often expresses. On “Demons”, Berninger unconfidently admits that “when I walk into a room/I do not light it up”. Underneath that same bridge where that lyric is found is a stunning bit of musicality that lingers underneath the surface: building strings, a touch of horn, Aaron Dessner’s fantastic guitar work, urgent percussion.

“I Should Live in Salt”, the opening track, builds beautifully as well. Rising from an acoustic guitar and subtle electronics, it breaks into one of The National’s most rousing choruses ever. There’s practically a moment like this in every song. “This is the Last Time”, over top of mournful string and distant piano, has Berninger reaching out for help: “Jenny I am in trouble, can’t get these thoughts out of me…”, his voice trailing into the growing, beautiful chaos. “Pink Rabbits”, set up around a simple piano and drum beats handled by Sufjan Stevens himself, is as emotive as The National have ever been, and try not be moved when the wounded Berninger expresses hope when he sings “I’m so surprised you want to dance with me now, I was just getting used to living life without you around”, a cathartic moment of confidence from a seemingly unconfident man.

To be frank, this review could go on forever. For brevity’s sake, I’ll just assure you there is so much more here that warrants mentioning: the piano that underpins “Don’t Swallow the Cap”, the dark mood that surrounds “Fireproof”, the power in the tenderness of Berninger’s vocals as they strain upwards on “Heavenfaced”, the pure openness and woundedness on full display in “Slipped” (“I don’t need any help to be breakable/believe me”, “I’m having trouble inside my own skin”, and “I don’t want you to grieve/but I want you to sympathize”, to name a few). Oh and how about the soft electric guitar on “I Need My Girl”, the forward movement and psychedelic guitar on “Humiliation”, and the pure and simple closer “Hard to Find”?

This album succeeds because it’s everything High Violet was that made it great, but it’s still different in it’s own right. There was almost a dark haze over tracks like “Terrible Love” on High Violet. These tracks are more pure, playing upon the sounds The National played with in the years between albums. I hold that “Think You Can Wait” may just be their best song ever (“Conversation 16” is in the picture too), but what I didn’t know was how much Trouble Will Find Me would play upon that same feel. What an amazing match: Berninger’s soul-bearing lyrics, combined with even richer musicianship than ever before.