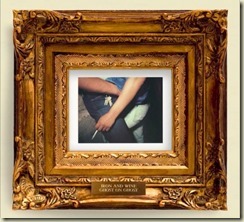 Iron & Wine, the mega-consistently good stage name of bearded Sam Beam, returns with Ghost on Ghost, the fifth studio album from a man so talented he once wrote my favorite song of the year and released it as a b-side. That was way back in 2009. We’re also now, unbelievably, six years removed from when Iron & Wine’s 2007 The Shepherd's Dog. It stands today as one of the best records of the new millennium, and is one of the most perfect and complete albums I’ve ever heard. That sure has been a lot to live up to, in my mind. I was probably unfairly excited about 2011’s Kiss Each Other Clean, a perfectly solid album that managed to be both excellent and disappoint my all-too-high expectations. If Kiss Each Other Clean was Sam Beam’s brush with the experimental, Ghost on Ghost is a return to the middle ground. Somewhere in between the pure whisper that marked Beam’s early years and the hazy experimentals of his previous effort lies Ghost on Ghost, a 70’s tinged take on classic Iron & Wine. The result is a very solid album, lacking in memorable greatness, but offering plenty for the Iron & Wine fan.

Beam has always had the knack for lyricism and tenderness. It’s hard to pinpoint exactly, but there’s a restlessness for home in this album. A South Carolina native, Beam mentions his home state in his opening song, the folksy “Caught in the Briar”, and again in “Sundown (Back in the Briars)”. The album is full of references to locations all over the US, but none are mentioned quite as fondly as the South. On the wonderful “Desert Babbler”, Beam sings “California’s gonna kill you soon”, and on “Grass Widows” he says that “South Chicago never gave us more to sing about”. The song “New Mexico’s No Breeze” says it all in the title. The centerpiece of the album, the moving “Winter Prayers”, says it more plainly. Trapped in the cold of Wisconsin, Bream dreams of home, offering up one of the most tender and moving simple lines of the year: “Slide down South/When once in a while your confidence leaves you”. Never one to avoid baring his soul, “Baby Center Stage” is just as moving. Slide guitar and all, Beam sings of Baton Rouge, and Birmingham, Louisiana, and hurricanes. “Doesn’t anybody see how scared you are?”, Beam asks, but in many ways it sounds like he’s asking himself.

This is not a great record, but it’s a slyly confident record. Beam has traveled the country and much as he’s journeyed his own musical experiments. On this album, despite lacking singular greatness, Beam dreams of home and also manages to find it. Beam comes off like he could make an album like this in his sleep, and he seems right at home.