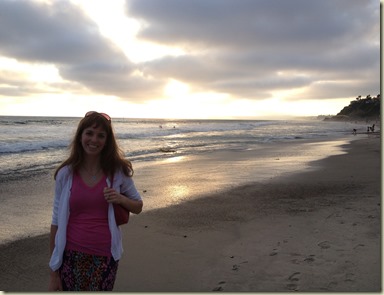 Every year I try to drag Holly’s favorite songs out of her, and every year she’s delivered eventually, and ends up getting double the blog views I usually get. This is because Holly is awesome and everyone loves Holly. So enjoy the following guest post from my wife!

So this is so late that even I started getting confused what was from 2012 and what wasn’t. I changed my rankings over and over and allowed a lot of songs that break the technicality rules. There are a few songs that were on 2011 EPs that were placed on full length albums in 2012. There’s a cover and a song straight up from 2011. BUT….either way maybe you’ll find it interesting nonetheless.

I love Young the Giant, but when they showed this on MTV Unplugged I was floored. They didn’t change a whole lot musically from the original, but the way Sameer sings it is amazing. Little Dragon seems to have passion, but Sameer just makes it come alive. As one youtuber mentioned….the little “dance” he does is quite adorable. It starts building around 2:20 and when he hits the bridge at 3:01 I just wish I could I be up there with him singing my heart out. Not to mention the rad synth line.

This song is from 2011, but I simply don’t care. Something about this song makes me want to explode inside. The old school jazzy/soul-filled exquisiteness inspires me every time. Plus she lays harmonies over herself. Need I say more? YES! I must! Man, when she breaks into it around 3:38 I can FEEL her soul in it and the matching guitar lines…uff da. By about 4 minutes in and I’m almost in tears. Amazing

First off, warning that the lyrics on this one aren’t clean. I wish they were, but you probably already knew that since it’s hip hop. J This was the hardest choice of the whole list. Picking between this and Lost probably consumed 60 minutes of my life over a course of three thinking sessions. J On the one hand Lost is extremely catchy with its playful interplay between the guitar and drum line. It might always be my “running in Arizona” song. Seeing me run listening to this is probably pretty amusing. I go straight into the whole head sway/hand motions while closing my eyes and trying not to break an ankle thing. Ultimately, Pyramids just has more going on musically. He does some fun things with the melody in lines like “I found you laying down with Sampson” and “No more she lives. No more serpent in the room.” The whole atmospheric portion at the end with the John Mayer electric guitar solo etc. is awesome. Seeing Frank perform it on SNL really solidified how great the song is. It’s one of the only songs that I will actually listen to all 9 minutes and 53 seconds of. The last 20 seconds give you a descending guitar line that you won’t want to miss.

Can’t get enough of the bass line and guitar fun. So fun. This concert was a bit of a surprise. We saw them open for Young the Giant not really knowing much about them. The crowd was super into it and some even had the face paint and everything. Soon after, they just exploded in popularity. So technically I heard this song in 2011, but it was on their EP and they put it on their 2012 album. I liked it enough to cover it too so my cover is in here also if you want to look at it ;)

5) “Get Away with It” Animal Kingdom

I found out about Animal Kingdom by hearing “Strange Attractor” on Alt Nation. I’m not really sure why it resonates for me but others have described it as “celestial indie” and I think maybe that’s why I like it. I created an entire new Itunes playlist called Dream On to put stuff like this in. J Anyway, I don’t know what exactly makes me love this one but I love the intro guitar and the bridge.

6) “Brokenness Aside” All Sons and Daughters

This band kind of has a bit of that subdued duo thing going on and I love their use of harmonies. It’s nice to have some worship music out there that doesn’t quite fit the mold. Love the line “I am a sinner if it’s not one thing; it’s another.” It just speaks to me because it’s kinda like hey….everyone has faults and we fail a lot, but God understands. Honestly the lyrics alone are what makes it a top five song for me. There are other songs that are better musically, but the lyrics speak to me and you can’t get around the 21 plays on Itunes. ;)

This song is great for running. I just love the synth line which looks like it might be played on an electric drumset of some sort?

Hello?! Dubstep and soulful melody? Of course I love it. I’m not sure what the staying power for this one is, but it has a ton of plays on my Itunes so I can’t let it slip away and not get noticed for 2012.

I dare you to dislike this one. The folks at Honda knew it was worth using in a commercial so it’s worth a click from you.

10) “Diamond Lightning” Minus the Bear

This was another one that was really hard to pick. I was between this and Heaven is a Ghost Town, but again this one one out for being more varied. It starts out kinda slowish with that great guitar line, but turns out into a total Minus the Bear rock out by the end of the song.

It’s nearly impossible to not get sucked in by this one.

First listen through this CD was surprising. It was really good and they had made some interesting musical changes. One of them was that they let Doris sing! Derek and I saw them in a tiny tiny venue in Columbus and the Miniature Tigers were supposed to be the opening band. Unfortunately, the Mini T’s van broke down so Doris took the stage to perform some of her own material for the first time. She seemed pretty nervous, and it was super hard to hear, but everyone gave her a good round of applause. I love the oh oh oh ohs at the beginning of Spitting Image. It seems that Doris has left the band though, which is a shame because mixing her vocals in with some of the tracks was a refreshing change.

13) “Are You Listening” Kopecky Family Band

That little whistle at the beginning gets me every time. Are YOU listening to these guys?

This one is so full of sunshine it’s bursting at the seams.

Sweet and dreamy this one is brought to you by a husband and wife group. They are literally so small that their facebook has pictures of their children and it can be hard to find them on youtube.

Just a fun one. Usually lyrics that are a little cheesy like this bother me, but the song is so fun I don’t mind.

And….Lennon & Maisy did their version of it too. I just love Lennon’s voice. Her tonal quality is awesome and Maisy’s ability to harmonize at such a young age is equally impressive. It’s also cool because girls started out on youtube and then all of the sudden I saw them on the show Nashville. This video is of them performing at the Opry, which is a pretty amazing opportunity for these sisters.

A gem from Sufjan’s ridiculously large and mostly strange Christmas album. I’m not even if that should be singular or plural…album?... albums? What do you call something with five discs?

-In a pensive mood? Well, just be a “Dreamer of a lighthouse in the woods to shine a little light to bring us back home.” But seriously, the beginning tinklings of the piano on this one are spell binding. The kind of thing that stops you in your tracks and demands that you listen. It kinda motivates you to write something that demands that much attention.

Live version if you want to watch them actually make every sound with an instrument of some sort: http://www.youtube.com/watch?v=JloqD2Lpcps

Although it might not jump out of the Mumford formula it’s still very catchy.

-I didn’t find this one till this year so I just didn’t feel right putting it in the list even though it’s amazing.)

“This Isn’t Everything You Are” Snowpatrol

-I really really like the lyrics of this one. The title line of the song is personally meaningful to me. I know this is related to heartbreak from a relationship, but I apply it differently in my life.

-Of course…the who whooos are what draw me into this one.

“Dirty Paws” Of Monsters and Men

Heartbreak on the 101 by Band of Horses---awesome bridge

Try by the XX----awesome guitar line