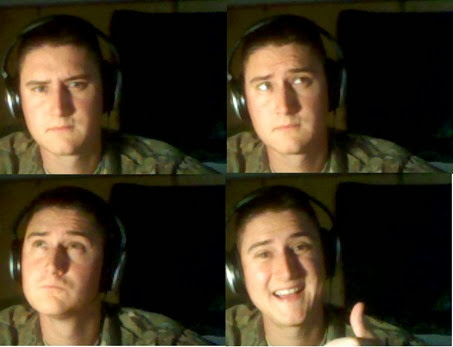 I’ve now been blogging to some extent about music for about 10 years, starting in the Xanga and Myspace days. And as I start to ramp up to my annual top 50, I thought it would be fun to journey from 2003 to 2013 with some Past and the Pending approved tracks that have highlighted the years past.

My affection for Muse has not aged well since they transitioned from mega-talented orchestral rock band to the kings of over-the-topness, but back in 2003 I was all about Muse. To this day watching the “Butterflies & Hurricanes” piano break live is one of my favorite moments in music.

There’s no other Hold Steady song that aptly sums up how great they are more than this one. It’s a rock song and it’s a story and it’s a key stage setter for Separation Sunday, an all-time great concept album. There’s no winning picking out a best line, because the entire song is a quotable Biblical journey. I’d explain, but someone already has better than I ever could: http://www.npr.org/programs/atc/features/2005/aug/holdsteady/lyrics_cattle.html

Boy did I play this song a lot. To this day I can’t think about anything other than driving around Idaho at night when I hear this one. Cold War Kids’ barroom rock style always should’ve been bigger than it was, and I love them still to this day.

Other gems that year: Fleet Foxes – “Blue Ridge Mountains” and My Chemical Romance – “Welcome to the Black Parade”

Oh 2007. What a year. This year provided so many of my favorite songs that picking is hard. Truth is, my two favorite songs of all time were both from 2007, but if I have to pick one I have to go with “All My Friends” a powerful, emotive, and masterful piece of music that sticks with me still. “You spend the first five years trying to get with the plan, and the next five years trying to be with your friends again”.

I guess my ire towards the new MGMT album stems from my love for “Time to Pretend”, a fuzzy psychedelic piece of pop rock that showcased what you could do when you combine all the weirdness of the world with the magic of a good melody.

Other gems that year: Fleet Foxes – “Mykonos”, Spoon – “Black Like Me” and “Finer Feelings”, Coldplay – “Death and All of His Friends”

My weakness for the swarming and powerful and, most importantly, building rock song flat out gave in with “Many of Horror”, a song from a band I’d never heard of and only mildly like. And it makes a sucker of me at the bridge.

2010 was probably the second strongest year, only coming in behind 2007. With four five star songs to pick from, I’m sticking with my then #1, “Jamelia”, a headphones goldmine that explodes right before the two minute mark. iTunes says I’ve played it 57 times, but that doesn’t count the 200 times in the car on the way to grad school in Ohio.

Some things never change. 2011 is two years old and I still can’t pick my favorite song. But I can tell you which one still gets the most airplay. M83’s “Steve McQueen” is the zenith of a career defining album, and one of three fives stars on the album. Play it loud.

A decade after dropping one of my favorite few albums of all time (2001’s Oh Inverted World), The Shins struck again with music in a completely different mold. Gone was the lo-fi, and here was “Simple Song”, a song with a lushness and positivity that rings true.

Only about a month to go before the 2013 list comes out, and the year is looking pretty strong. Thanks for sticking with me over the years!