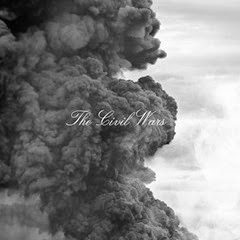 The Civil Wars’ tense partnership is fairly well known at this point, and although I’d rather not recap it, it would be impossible to deal with their sophomore album while ignoring it. After releasing their enormously popular and award winning debut album Barton Hollow, full of fantastic tracks like personal favorite “Poison & Wine”. The Civil Wars managed two well-deserved Grammy’s out of their debut, and partially occupied the gaping whole in my heart permanently left by Nickel Creek’s premature schism.

I’d rather just point you to this link than discuss the drama in length: http://www.npr.org/2013/08/02/207981618/the-civil-wars-joy-williams-on-the-duos-fragile-bond. Suffice it to say that right in the middle of touring, the band broke up, citing some “irreconcilable differences” or something. It wasn’t cordial either. John Paul White didn’t give interviews, even though Joy Williams does, she can’t speak for him because, well, they don’t speak.

So it was to a great surprise that we got a second album out of the duo, apparently finished right before the breakup. And in the wake of the album we got no press junket and no tour. The album is there, but it goes no further than that. And for a band that always excelled in the male-female vocal tension, we’re left to read even more into the despairing lyrics on their eponymous album.

On Barton Hollow, I found the album curiously backloaded, and they flip the script here. From a pure rating perspective, the albums are about equal across the board, but although I give them the same rating as I did last time, I think I was about a half star short in 2011. And why does this one fall a little short? I think it has something to do with the sour taste in the mouth. On “Poison & Wine” the tension is palpable but the lyrics still convey a sense of longing and hope. Mostly because of the backstory, their newest album’s tension feels less hopeful, and instead feels like you’re listening to a breakup happen. And maybe it shouldn’t feel that way. Take “Same Old, Same Old”: “I wanna leave you, I wanna lose us, I wanna give up, But I won’t”. Hard to take that as hopeful if by the time the album is released, they quite literally gave up.

Ah, but musically this is the same band, and that makes everything much harder. There are some absolutely stellar and moving tracks here. Debut single “The One That Got Away” is dramatic and stirring, fusing rock and folk. There's an edge to the song not present before, and not present again afterwards. “Eavesdrop” may be the most swelling song they’ve written yet, rising over gentle mandolin and guitar to break the best single climax they’ve written yet. Bluesy and John Paul White-focused “I Had Me a Girl” brings a little soul to the joint and tones down the melodrama on an album that could use a lot less.

Maybe this album would sit better if it didn’t feel like a lie. Is that fair? I don’t know. Sometimes people lie to themselves to try and make it work. Sometimes the most well-intentioned of things don’t work out. But all that said I find it impossible to hear a song like “Dust to Dust” about two lonely people rescuing each other and not find it’s message a little off-putting in retrospective. There’s also the issue that the second half of the album doesn’t have any memorable songs save for a good Smashing Pumpkins cover, or that it features John Paul White distinctly less than Joy Williams, which contributes to making a “pretty good” album out of an album with such a distinctly great first half. If you can get past the backstory, though, there’s plenty enough in that front half to satiate a Civil Wars fan.

But I still miss Nickel Creek.