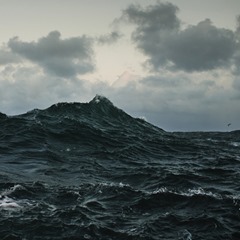 Justin Vernon sure is a busy man. If you follow indie music, you know Justin very well. If you follow it only fleetingly, maybe you think his actual name is Bon Iver. Justin Vernon is Bon Iver, but he’s also DeYarmond Edison, Gayngs, and Shouting Matches. When he’s putting on his best Bon Iver disguise, he’s Volcano Choir. What is Volcano Choir? It’s Justin Vernon teamed with Collections of Colonies of Bees, which is in itself part of All Tiny Creatures. Are we confused yet? Because that was fun to write, especially since it all made sense to me. I guess I could have kept it simpler and said “that Bon Iver dude has a side project, and it’s really good”.

I think I was slow in turning out this review mostly because it’s all a little hard to break down. Volcano Choir as a side project to Bon Iver seems now to make different sense with 2013’s Repave than it did with 2009’s Unmap. This is because 2009’s Unmap was, to me, a confusing mess of noise and generally a failure, and it seemed to act as Justin Vernon’s bizarre electronic extension of his cabin-in-the-snowy-woods indie folk sensation For Emma, Forever Ago. There was exactly one good (make that great) song on it (“Island, IS”, #6 that year on my year end list), and the rest was an odd collection of noise. Seriously, click on that link there.

If For Emma, Forever Ago was Justin Vernon displaying his deft handling of emotion, and Unmap was him displaying his desire to expand beyond folk, then they became perfectly married on Bon Iver’s epic, five-star Bon Iver, Bon Iver, an album that pushed beyond the folk sound, improving it without losing the emotion. And now here we are with a new Volcano Choir album. Trust me, despite my love of Justin Vernon, I disliked Unmap enough to not even buy Repave on faith. I had to listen to it first.

Surprises, surprises. Once an outlet for experimentation, Repave is an outlet of a completely different kind this time, and it’s all for the better. Indeed, it would have been unthinkable in 2009 that a soaring, emotionally visceral song like “Comrade”, could ever be on a Volcano Choir album, but here it is. Unlike Unmap, this album isn’t a one hit wonder. “Byegone” soars in such an open way that it would make “Beth/Rest” proud, putting hearts on a sleeve in unabashed fashion. The end soars like an Arcade Fire call to arms (“set sail!”), something that, again, you wouldn’t have foreseen years ago when Justin Vernon first came onto the scene. “Alaskans” has an old school Bon Iver feel to a point, albeit missing the falsetto trademark in the verses. “Dancepack”, more than the others, seems to exist successfully in it’s own space rather than as a connection to other work. “Tiderays” and “Acetate”, in all their success, could have fit nicely on the most recent Bon Iver album. It’s definitely still Justin Vernon in the way that his songs don’t make lyrical sense, instead relying about the sound of the words to create images and feelings, with varying degrees of success. I find it easier to let the music sort of wash over me than to seek interpretation, because you just won’t be able to handle “tossin’ off your compliments/wow/sexing all your parliaments” if you try to make sense of it.

After all these words, what then do you make of this album. Justin Vernon is a hard man to pin down, and I think he loves it that way. He makes no distinction between his projects, and would take offense to me calling Volcano Choir a side project. It’s just a project to him. We only think of Bon Iver as the main thing because it got bigger. I suppose he’s right. It’s his music after all. So maybe it’s hard to understand Volcano Choir album #2 compared to album #2 because they are connected only in namesake. The only real connection is Justin Vernon, who has transformed from folkster in a cabin to electro experimenter to some sort of crazy awesome hybrid. I don’t necessarily like things simple, because then I couldn’t analyze it like this, but if you want the straight, simple truth here it is: this album is great. Any Bon Iver/Justin Vernon/Shouting Matches/DeYarmon Edison/Volcano Choir should own it and will enjoy it.