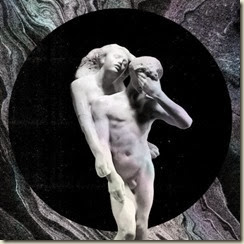 Three and a half stars. Lined up against most other reviews, that’s above average and a compliment. Lined up against some of the early reviews of Reflektor, it might be an insult. In reality, it’s just the truth.

The Arcade Fire, who I was fortunate enough to see live in 2011, are possibly the greatest live act I’ve ever seen. In their earliest days, their debut album gave me “Rebellion (Lies)”, a song that grabbed me during a phase in my music life when songs like that didn’t grab me. Since then they have been astonishingly consistent. Four albums, four winners. Meanwhile their sound has morphed an changed, but remained distinctly Arcade Fire.

Reflektor is another heavily themed album. Where their previous effort, the outstanding The Suburbs, studied the themes related to the suburban sprawl, Reflektor studies the trap of modern technology and communication. It’s right there in the stellar title track: “We're still connected, but are we even friends? We fell in love when I was nineteen, And I was staring at a screen”. The seven and a half minute track is an epic, featuring a David Bowie cameo and brilliant horn and piano bits near the end. “Reflektor” sets the stage wonderfully, pushing the listener head first into an hour and a half long journey. It’s an amazing piece of music. After the generally forgettable “We Exist” is the noisy and interesting “Flashbulb Eyes”. Whether the song is about media attention or audiences who won’t put down their cameras or something else, I’m not sure, but as a herky jerky rocker, the song excels.

Some of the problems with Reflektor are evidenced on “Here Comes the Night Time”, where The Arcade Fire invite you to come along on a six and a half minute song that doesn’t really go anywhere. The song is alright and all, as basically every Arcade Fire song is at a minimum, but I ask myself if I’m ever going to listen through this one in its entirety down the road. “It’s Never Over (Oh Orpheus)” suffers similarly.

So where does this album fit in the pantheon of stellar Arcade Fire albums? Is it as good as people say it is (Pitchfork 9.1 score, my favorite blog called it their “OK Computer”)? The answer is that no, this album isn’t even their best. It’s just another great album by a great band. It lacks the staggeringly great tracks on their debut, and the consistency of The Suburbs. It’s mood is closer to Neon Bible, but it feels darker, more cautionary, and more coalescent than that album. In reality, coalescence is the album’s chief strength: it may not have a dearth of mind-blowing singles, but it works as one heckuva full album. Worth the buy, but don’t expect it to change your life. Just enjoy it. And enjoy this video.